Home Tech An “invisible multimedia display” for cars has been developed… 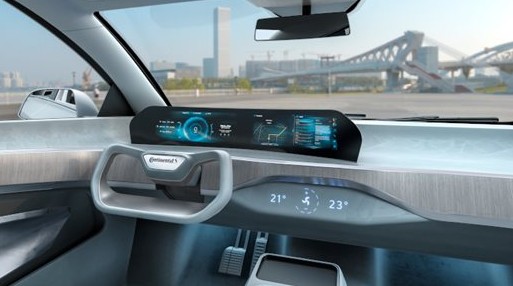 Continental has announced “ShyTech Display”, a new display technology that will revolutionize the automotive industry. This display technology is formed by applying a cosmetic coating to the LCD screen. This makes the screen look like part of the console.

Continental, one of the important suppliers of the automotive world, has introduced its new display technology called “ShyTech Display”. As expected, this display technology that will be used in cars seems to be a revolutionary innovation for the industry. Because the new Continental screen technology completely eliminates the screens we need today. So how?

The technology, called ShyTech Display, is actually a backlit LCD screen. However, the cosmetic coating applied to this screen makes it invisible when not in use. When the consumer is not controlling the screen of his machine, this part seems to be part of the console. When the screen is turned on, the image is transmitted as is. In addition, ShyTech Display can also offer a touch control function.

According to Continental’s statements, ShyTech Display can be customized according to the needs of designers. In other words, this screen technology can be adapted to leather, carbon fiber or fabric with a special coating. Moreover, this display technology has been designed to withstand the harshest conditions. However, ShyTech Display has a drawback that is important for some.

The image provided by this screen technology is not as good as on smartphone screens or traditional car screens. Does it really matter? Considering that the screen crowd will disappear, we can say that ShyTech Display has more advantages.

It is not yet clear which car will be the first to use ShyTech Display technology. Continental has not made any statements about whether it has reached an agreement with the automaker. However, it is stated that this product will be launched in 2023. In other words, from next year we can see ShyTech Display in cars as standard or in versions of a special design.

TomTom AmigGo is the new map option for Android Auto