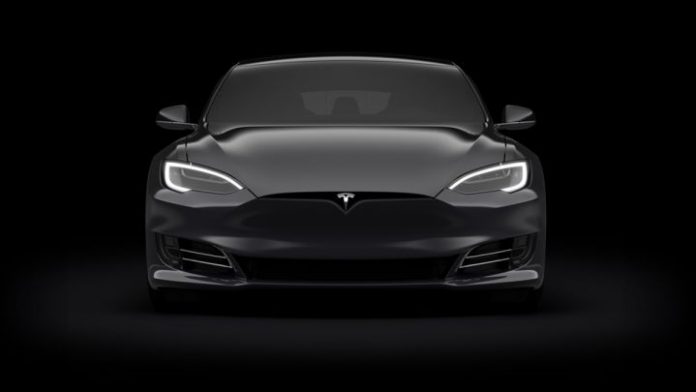 There is no doubt that Tesla is one of the leading brands or manufacturers in the automotive world. Its models of great power and with an incredible technological equipment make its catalog include the most desired models by many of the speed lovers. This makes any news about any of its models or rumors about the launch of a new model or version form a stir among Tesla followers.

And precisely this is what is happening in the last hours after some images have begun to circulate that show an incredible version of the Tesla Model S. These images are being shared by many automotive forums and have even been published since the UK Tesla Owners account.

The photographs show what would be a two-door convertible version of the Model S. A model that has impressed more than one and is even thought to be a montage. However, the reality that the images show suggests that they are almost certainly real.

The car is displayed in an exhibition somewhere in the world. Many have dared to say that it could be a headquarters in Europe taking into account the architecture of the building that can be seen in the background of the image. Specifically, a version of the Tesla Model S with two doors and a convertible is shown.

From the site specialized in this type of leaks and images, Carscoops, they have carried out an analysis of them and everything indicates that it is a real version. All the angles in which the car is shown, reflections and details suggest that it is not a retouched or digitally created image, although the only concern is the lack of roll bars.

Now, everything fits with that it could be a version in development that is being tested or prepared to be shown in future events. From Carscoops they assure that they have contacted Tesla himself to find out more about this possible version of the Model S two doors and convertible. We are sure that everything that is known about this possible version will be published from this same portal, so we will be aware of any new publication in this regard in order to confirm any information in this regard. What would you think of a version of this type for the Model S?

Tether’s Substitution Of Ethereum Is Only A Moment