Home Crypto An important step from a leading cryptocurrency company! 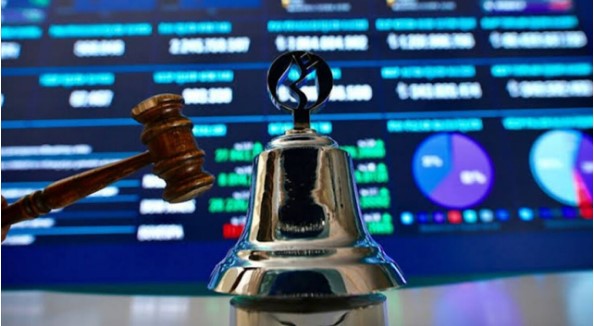 According to a Bloomberg report published earlier on Tuesday, the company Blockchain.com , which provides financial services in the field of cryptocurrency, is going to enter the stock exchange (IPO) this year.

Blockchain.com on the way to an IPO

While the leading crypto company Blockchain.com declares that he is on his way to an IPO. According to the information received, a cryptocurrency startup Blockchain.com he is negotiating with banks about an initial public offering of shares this year.

On the other hand, the report, which is referred to by sources familiar with the topic, says that the plan to enter the stock exchange is not final.

In August last year, Makrina Kgil, Financial Director Blockchain.com , stated that the company could go public in 2022 or early 2023.

Founded at the end of March 2011, Blockchain.com reached a $14 billion valuation after a Series D funding round.

In December, the Miami-based crypto giant announced that it was developing a trading platform for immutable tokens (NFT), while it is known that the company has about 37 million users.

CEO Peter Smith predicted in an interview with Yahoo Finance last year that cryptocurrency would become “a tougher and more competitive environment.”

Other Crypto Exchanges Are Preparing to Become Public

Coinbase, the largest cryptocurrency exchange in the United States, went public in April last year. Several major cryptocurrency platforms, including Gemini and Kraken, have since announced that they have plans for an IPO.

Some believe that Binance.US, an American subsidiary of the cryptocurrency giant, could be the next cryptocurrency exchange to go public after reaching a valuation of $4.5 billion.

Shares of Coinbase (COIN) have fallen by 42.92% since the beginning of the year, which lags far behind Bitcoin. To date, the largest cryptocurrency has fallen by more than 11%.

But Oppenheimer’s Owen Lau believes the sales are “exaggerated” and refutes the biggest allegations against the leading cryptocurrency platform.

Tax News Has Arrived: This Altcoin Is Gone!

Elon Musk Challenges This Firm: Will They Now Accept This Altcoin?