Home Crypto An important movement of the metaverse! A $500 billion company! 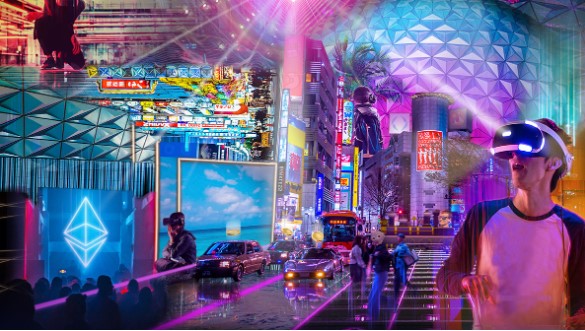 The world’s largest companies can no longer ignore cryptocurrencies and blockchain technology. A billion-dollar company has made its metaverse move. Having exceeded the market value of $1 trillion, META, which has dropped to $500 billion, will now begin selling the goods of the future through physical stores. Here are the details.

A notable move of the metaverse

Meta opens a physical store inspired by the metaverse. Meta, formerly known as Facebook, has announced the opening of the first real store selling virtual and augmented reality devices. The store, which will open on May 9, will be located on the Meta Burlingame campus. It is also home to Reality Labs, a division of the company specializing in the metaverse.

The store will feature devices such as Ray-Ban Stories smart sunglasses, and customers will be able to search for retail partners using the Meta Portal device, which allows video calls. There will also be a demonstration of the Quest 2 virtual reality headset. According to the company, the purpose of the store is to give the public an idea of the metaverse.

The head of the Meta Store , Martin Gilliard , said:

“We don’t sell the metaverse in our store, but we hope people will come and learn a little more about how our products connect them to it.”

Technology companies opening their own physical stores are not new, as seen in the example of Apple, Google and Microsoft. But this is a first for Meta, which has previously tried to sell VR headsets in physical stores such as Oculus products in New York. The company caused a lot of noise in the metaverse space after rebranding to Meta in 2021. Cryptocurrencies focused on the metaverse have brought serious profits to their investors.

However, major retailers such as electronics giant Samsung and Walmart have opened metaverse stores. We have seen that many companies from Turkey have opened virtual stores on platforms such as Decentraland (MANA).

In October 2021, Facebook was renamed Meta, stating that its focus had expanded beyond social media, and later presented its vision of a metaverse combining the social online experience and the physical world. Although tech giants, including Apple, have many stores around the world, with about 2.9 billion users, Facebook has not opened a physical store.

Facebook is among the largest companies in the world with a market value of about $ 500 billion.

Bitcoin’s Next Step is to These Levels!