Home Crypto An important event from Binance: transactions with this altcoin are suspended! 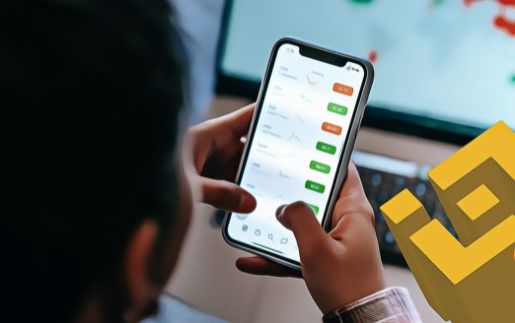 Binance, one of the largest exchanges in the cryptocurrency market, announced the suspension of transactions with Ronin (RON) due to fraudulent actions and hacking attempts. The announcement from Binance came today, March 30, and they did not share information about when the gap will be released for re-processing.

It is known that Ronin Network is connected to the Axie Infinity metaverse platform, which is a blockchain-based gaming platform and works according to the logic of the game for earnings. The Ronin network was attacked due to security vulnerabilities, as a result of which millions of dollars in Ethereum (ETH) and USDC were stolen from the platform. Binance did not remain silent about this situation. From a security perspective, Binance aims to protect both the platform and investors by suspending transactions with Ronin.

Reports indicate that 173,600 Ethereum and 25.5 million US dollar coins (USDC) were stolen from the platform. After this amazing scam operation, Binance also explains that it supports Axie Infinity and will help the whole team find the scammers.

The impact of hacking on the price of RON

In this process, Ronin Network announced the suspension of transactions made on its own network yesterday, March 29. With this step, Ronin seeks to close security vulnerabilities in the system, identify the addresses of potential hackers and prevent the repetition of fraudulent actions.

Experts report that thanks to the traceability of the blockchain, it is possible to gain access to anonymous accounts that can be transferred to the relevant authorities and investigated. In addition to all this, Ronin (Ron) was seriously affected by this event in terms of price. At the time of this writing, RON is trading at $1.82, down more than 20% in the last 24 hours. RON, who has already experienced a decrease in funds due to hacking, also cannot see the inflow of funds due to the suspension of transactions. And therefore experts report that price growth is impossible if the auction does not resume.