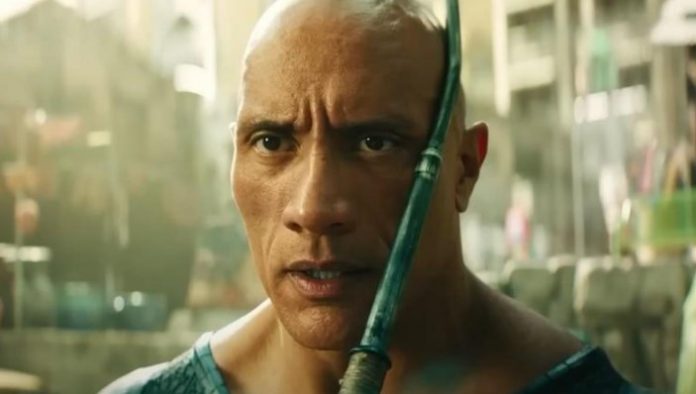 Dwayne Johnson, the lead actor of “Black Adam,” one of the new DC films, said he hopes the DC cinematic universe and the Marvel cinematic universe will one day intersect.
For the past two decades, the rivalry between the comic book giants Marvel and DC has been taking place on movie screens and movie screens, not on the pages of comic books. “Black Adam” is one of the films that DC, lagging behind Marvel both in terms of the number of films and box office receipts, expect to succeed in the near future.

Dwayne “The Rock” Johnson, who played the main role in the production, spoke about the plans of Warner Bros. by expanding the DC universe with new characters and new movies. Saying that Black Adam is “under the big umbrella of the DC universe,” the famous actor said that in the future his paths may cross with different characters and even meet with Marvel characters.

DC and Marvel have worked together many times on comics. Hawkeye even took part in the D.C. Justice League team for a while and was the only superhero who was a member of both the Avengers and JL. The two publishers have been pitting characters against each other since 1976. In fact, you can see the characters that arose as a result of the unification of the heroes of the two publishers in the stories published under the name Amalgam Comics.

On the other hand, it seems that in order for DC and Marvel to be involved in production together, DC must first solve their problems. When we talk about the scandals created by Ezra Miller, the cancellation of the movie “Batgirl”, the Warner Bros—Discovery merger process and canceled productions in the process, the water in the company does not calm down. Although a Marvel-like 10-year plan was recently announced, it is claimed that DC Films president Walter Hamada is on the verge of retirement.

Dwayne Johnson, on the other hand, is waiting for the beginning of a new era in the DC cinematic universe with Black Adam. It is quite possible that the character who will definitely face Shazam in the future will compete with Superman at some point.

Jungkook’s “Your Eyes Tell” triumphs as the soundtrack

BTS on Instagram! Members open personal accounts: who are their users?