Home Entertainment An episode of the upcoming third season of Evil is inspired by... 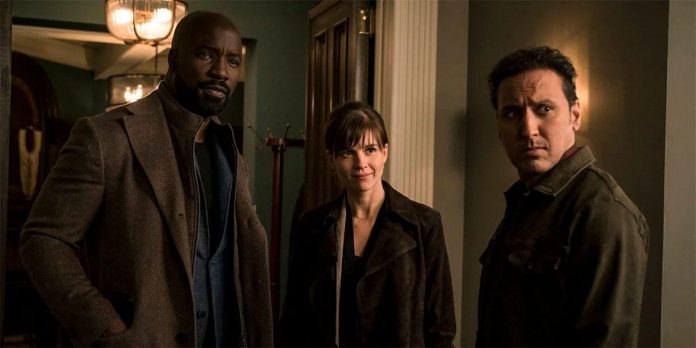 The creator of Evil reports that the upcoming episode of season 3 was inspired by TikTok. The supernatural drama series premiered back in 2019 on CBS, and then it moved to Paramount+. It follows Dr. Kristen Bouchard (Katya Herbers), a forensic psychologist who, despite her skepticism, collaborates with a Catholic seminarian (Mike Coulter) and a technical contractor (Aasif Mandvi) to investigate cases of paranormal phenomena. The third season of the show debuted in June and received critical acclaim and continues to give viewers a consistently unnerving atmosphere and shocking turns of events. While fans are waiting for new episodes, creators Robert and Michelle King teased what they can expect, saying that this season of “Evil” will be as terrible as ever.

Michelle King told TV Line that one episode in the third season is “kind of inspired by TikTok.” When asked about the scariest episode of this season, she explained that “sometimes it’s not so easy to figure out which of the episodes will be the scariest when you do them, because the visuals aren’t ready yet.” that “as soon as it appears on the screen, it has a bigger impact.” However, it was noted that a new episode called “The Demon of Algorithms”, based on a popular application, is alarming.

Related: Why Evil Season 2 Moves to Paramount+ Is Actually Better For the Story

It’s safe to assume that season 3 of “Evil” could be the scariest, with the return of the demon George and stars like Kurt Fuller offering mind-altering arcs for the characters. This new episode, based on TikTok, is exciting, and it will be interesting to see how the show will look on modern social networks. Fans of the series, expecting more terrifying moments, can tune in to the continuation of the third season of the series “Evil” on Paramount+.