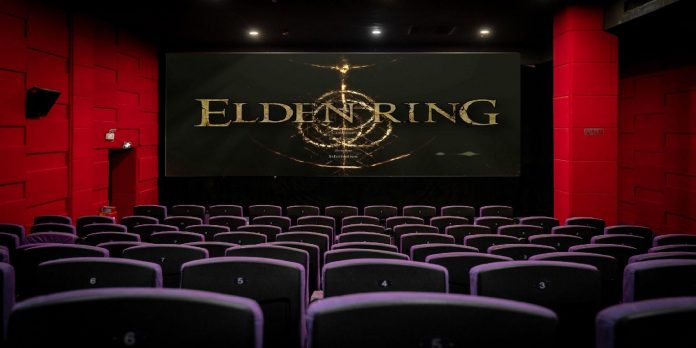 With a variety of classes to choose from, a variety of weapons and a variety of skill builds that the player can make, Elden Ring offers a variety of settings available in the game. The latest action RPG from the famous FromSoftware studio has been praised for allowing players to battle the Lands Between different ways. In addition to the customization options in Elden Ring, fans will also find many new and interesting ways to play.

Earlier, one Elden Ring player with disabilities demonstrated on social media how he can play the game incredibly well using only his left leg and right arm. Now one fan is showing off his experience of the game by posting a photo on Reddit of them playing in an empty movie theater. It’s not a completely new concept for gamers to rent a movie theater to play their favorite games, and previously some have played Grand Theft Auto 5 or Super Smash Bros. with your friends on the big screen.

The user cute_homie on Reddit posted a photo from the back of the cinema, in front of which the title screen of the Elden Ring is loaded. They managed to take over the entire theater due to the fact that, unfortunately, the business was closing after a few days. However, cute_homie managed to make the most of this situation as they found a new and exciting way to play Elden Ring.

An additional bonus to my theater closing in a few days. 🤤 from Eldenring

Fans in the comments to the cute_homie post on Reddit discussed which of the Elden Ring bosses would be the most fun to face with improved visual effects and cinema sound. Some recoiled in horror, imagining how Malenia presents herself with a deafening hum, while others believed that the lightning attack of the Dragon Lord Placidusax would be the most destructive sound echoing from the speakers of the surrounding sound. Other fans said that the Elden Ring player should sell tickets so that others could come to watch something like letsplay live.

As already mentioned, gaming and movie theaters have a little history. In addition to players renting out a movie theater so they can play the game on their own, movie theaters also host gaming events from time to time. Recently, one of the Overwatch fans discovered that he was able to watch the final of the OWL tournament on his own when the cinema available for viewing turned out to be completely empty.

The first look at the new villain of the Marvel cinematic...