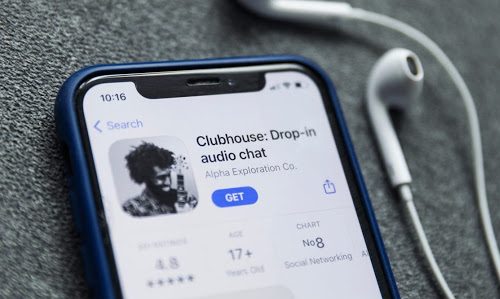 An auction was held for the first time in Clubhouse, the most popular and discussed social network application of recent times. Mert Vidinli was the host of the auction that Amerikadaniste was behind.

Clubhouse, which is the most talked about social network application in recent weeks, for better or worse, hosted a new principle.

According to the statements made on the subject, the auction event held yesterday evening was the first event held at Clubhouse. In addition, with the auction in question, Amerikadaniste has used Clubhouse as a sales channel for the first time.

In the event in question, many different products from shoes to bags were put up for auction with a starting price of $ 1. Users in the event room either made new bids for products by “raising hands” or bought directly. During the event, the products of many world famous brands such as Marc Jacobs, Moschino, Pinko, Chiara Ferragni, Karl Lagerfeld and Anthropologie met with their new owners.

Saying “We always aim to offer our customers a privileged shopping experience as Amerikadaniste,” Amerikadaniste Deputy General Manager Enes Güren spoke about the auction they held at the Clubhouse as follows:

“This time, we wanted to explain ourselves through a brand new medium with the effect of WOMM. While implementing this project, we set out with Mert Vidinli, a name who really uses us and has experienced our services. It was an important point for us to create a new contact point as an American, but to remain within the framework of fungagement while doing so. During the auction event, the number of instant users on the site tripled. There was an 11-fold increase in our Instagram profile visits. In addition, we received orders from a large number of products we offered for sale at $ 1 at their real price. ”

Stating that new marketing channels offer growth opportunities, Taner Özçelik, Marketing Director of Americadaniste said, “We observe that everyone is rapidly consuming all channels and platforms in their hands due to the pandemic process,” and continued his explanations as follows:

“We can say that the first period was a period of observing and understanding the medium. However, we saw later that we thought it was the right medium that we wanted to touch, touch and tell our story as an American. We have decided that it is a very correct channel for us to meet the right consumer and create a WOMM effect.

Many brands preferred to carry their Instagram live broadcasts where the masses were already bored. But we, as the American Danist, chose to bring a completely different dimension. Clubhouse, which forces brands to be sincere and original, stands before us as a platform that is a candidate to be a good sales channel for us.

Morbius is delayed in theaters again