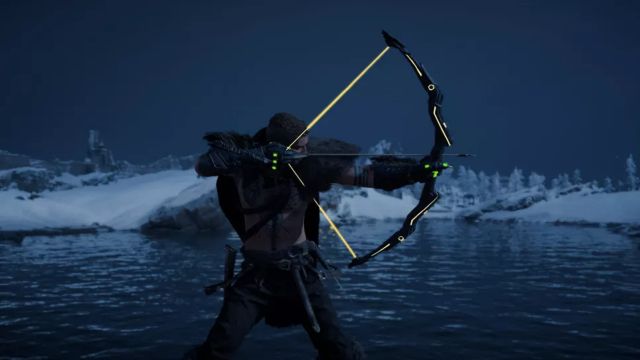 The narrative director of the game explains that it is not the correct method to achieve it, as it is a bug. The Isu, also known as Homo Sapiens Divinus, left their mark on the world, but also countless objects from the past.

One of them is the Noden Bow, a powerful artifact that a user has found in a pile of rocks, although he should not have found it there. At least that’s what Darby McDevitt, narrative director of Assassin’s Creed Valhalla, says, who has commented on Twitter that there is another way to get hold of it. This is a hack that has not yet been fixed, so it is still possible to do it in this unorthodox way.

JorRaptor explains the whole process in a video posted on YouTube. Roughly speaking, whoever wants to brandish this bow needs to head to a pile of rocks near the Brunson Tower in Northumbria. In the north lake there is a small island, where the rocks are located. When you hit them, you will see that they do not break, so he saves the game and reloads it until the rocks appear destroyed. That is when you will receive the weapon.

There was a secret isu bow in Assassin's Creed Valhalla all this time & now we finally know how to get it!

I tell you everything you need to know: https://t.co/fTVrTRPDI8#AssassinsCreedValhalla pic.twitter.com/A134dCueNh

Assassin’s Creed Valhalla reproduces Viking fantasy in a game that follows the lines of the two previous productions, Origins and Odyssey. The title puts us in the shoes of Eivor, one of the leaders of the Raven Clan. After a series of events in his native Norway, they all embark on a new mission: to settle in England permanently. In a context of struggle for power, the Vikings must establish alliances to achieve their goals.

This title developed by Ubisoft Montreal is available on Xbox One, Xbox Series X, Xbox Series S, PC and Google Stadia. The studio is currently working on new updates (this is the most recent patch), as well as the two expansions of the season pass, which will soon arrive on all these platforms.