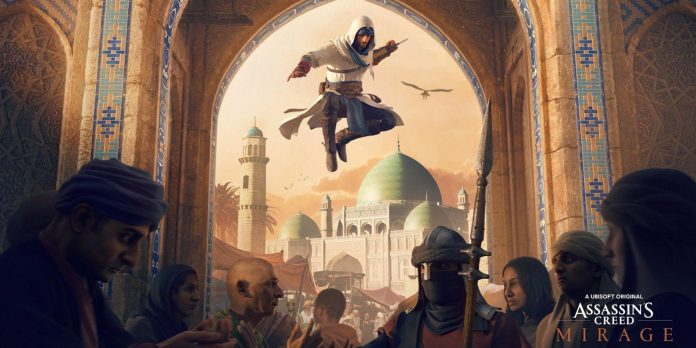 The fan translated the text that appears on the statue of Basim, which is part of the collector’s edition of Assassin’s Creed Mirage. Assassin’s Creed Mirage brings the series back to its roots, as it focuses more on stealth and parkour. Although it doesn’t have a set release date, it is expected to be released sometime next year.

The collector’s edition of Assassin’s Creed Mirage contains several exciting goodies. Along with the base game, this edition includes a Prince of Persia-style costume, a steel case, a map of Baghdad, digital and physical versions of the soundtrack and artbook, as well as other items. In particular, it has a 32-centimeter figure of the main character Basim with an inscription on it.

A user named chrischris1541 posted a message on the Assassin’s Creed subreddit asking if others had translated the text. A fan under the nickname BIG0H claims that he is from Kuwait, and continues to translate the text on the Assassin’s Creed Mirage statue into English. They mention that it translates as “Out of darkness came to light” or “Out of darkness came to light.” Another gamer named Spiritual-Neck-2957 claims that it translates as “from darkness to light”, and others also offer similar phrases.

Has anyone translated the statue into a collector’s edition? from assassinskrid

One player claims that a direct translation into English won’t be as effective, but it looks like users can understand the meaning of the words. What follows is a discussion of what this phrase has to do with the Assassin’s Creed lore. Some fans jokingly post incorrect translations, such as “do not pre-order”, but many express their excitement about the launch of Assassin’s Creed Mirage.

In addition to returning to the origins of the series, there will be no modern game segments in Assassin’s Creed Mirage. In this game, Ubisoft decided to focus entirely on Basim’s background and past. The players are naturally still inside the Animus, but there won’t be any playable modern sequences.

In addition, Assassin’s Creed Mirage is not a full—price release, since it will cost $50 at launch, and the deluxe and collector’s editions will cost $60 and $150 respectively. However, Ubisoft has confirmed that it will start charging higher fees for its big AAA games, so fans can expect Ubisoft’s upcoming AAA games to cost $70. Other publishers charge the same amount for current generation games, and this price is likely to become standard in the future.