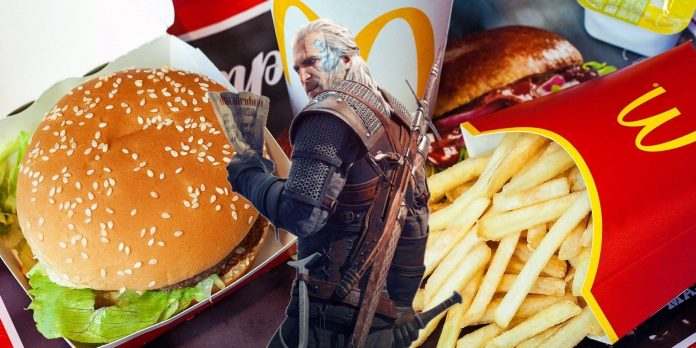 The Witcher’s universe is full of beloved characters such as Yennefer and Ciri, but none of them surpasses Geralt of Rivia in popularity. Recently, a fan of the gray-haired protagonist of The Witcher franchise used artificial intelligence to create a number of unique scenarios for a monster fighter.

Geralt of Rivia’s usual activities include fighting, playing Gwint, and flirting with various sorceresses. With the games, the Netflix series, and the novels they extract from the fantasy world, gamers will never see what Geralt will look like these days. Although players can use a character creator to add Geralt to a modern game, it’s not exactly the same, although fortunately one fan managed to bring this concept to life with the help of AI.

Instead of showing Geralt enjoying TV, video games or other everyday activities, Reddit user Ravenholic has come up with the strangest situations Geralt might find himself in. One of the highlights is the first batch of images provided as she sees it. Geralt went to McDonald’s. Although it remains only to interpret whether Geralt has come to order a McFlurry or a Big Mac, it’s funny to see him standing in line and standing near the table. However, this was just the tip of the iceberg.

Another batch of AI photos showed Geralt participating in a heavy metal concert, which is very different from the performances and musical performances in his world. In all the images, Geralt performs on stage, rather than sitting in a crowd and listening to songs, and the Witcher clearly draws inspiration from his close friend Buttercup. In some of the images around Geralt, you can see smoke, the background of which is illuminated in various colors when he holds a microphone or guitar in his hands. Given his many adventures, he would surely have a lot of material for his songs.

While Ravenholic also includes several intriguing images of Geralt driving a car and riding in a subway station, a series of photos generated by artificial intelligence showing him in a grocery store is the show stealer. Watching Geralt fight for savings, rather than fighting creatures like trolls, is an interesting change, and it’s funny to see him walking through the aisles of a store performing such a mundane task. In one of the images, he even pushes a cart, so there is something to appreciate in these collages.

This is just the latest example of gamers having a good time with the DALL-E Mini image generator, as some have used it to combine Metal Gear and Red Dead or insert Gigachad into the Elden Ring. For fans of The Witcher, there will surely be many more strange situations in which Geralt can be added for those who want to continue this trend.

The answers to Ken’s chiseled Ab in Ryan Gosling’s Barbie are...

The First Trailer For Apple’s Foundation Series Has Arrived