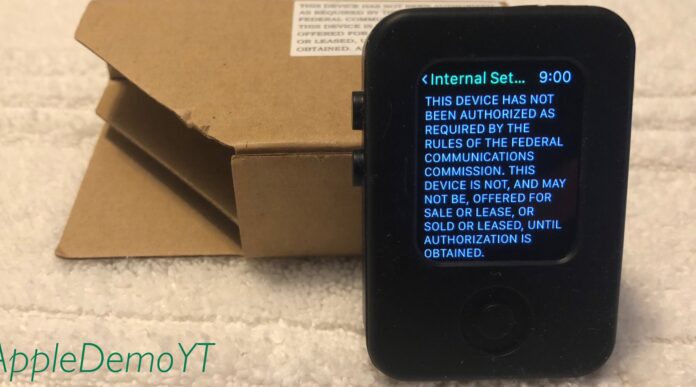 A Twitter user shared photos of the Apple Watch prototype thought to have been produced in 2014. This prototype, which is a beta watchOS version, is surrounded by a protection to hide its design.

A Twitter user named Apple Demo recently shared photos of the Apple Watch prototype with beta watchOS version. This sharing, which reveals how the first smart watches produced by Apple looked like, attracted great attention in the technology world.

The shared prototype is slightly different from the Apple Watch smartwatches currently on the market. In particular, it turned out that the Digital Crown, the home button, which Apple used in every smartwatch, was not in the first prototypes. It was a matter of curiosity, who owns this prototype surrounded by a safe and why it is still not destroyed.

Apple Watch was first released in 2015. The prototype, in which the Twitter user posted his photos, is thought to have emerged approximately in 2014. This device, which has the beta watchOS 1.0 version, is surrounded by a security safe so that its design can be hidden. On the screen of the prototype; “This device has not been authorized by the Federal Communications Commission. Until the necessary authorization is obtained, the device cannot be sold or rented.”

The prototype also made a reference to the Apple Lisa computer, which Apple produced in the 1980s, and included Lisa Simpson from The Simpsons series among the application icons. This prototype, which is old according to the present time, but a very technological innovation compared to 2014, is one of the first Apple Watch smart watches with the SpringBoard application.