Home Crypto An anonymous whale bought 70 billion tokens of this meme! Will the... 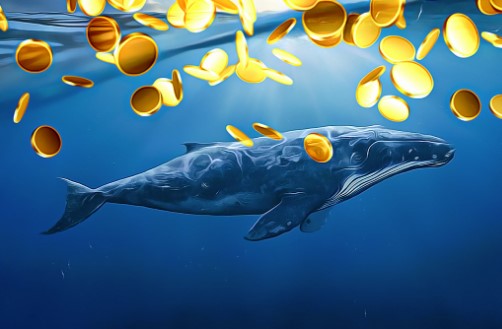 WhaleStats, a leading whale-watching platform, has discovered another major shiba inu purchase in the cryptocurrency market: an anonymous whale has bought 70 billion SHIBS. This major acquisition made SHIB the largest Ethereum whale.

According to the whale watching platform WhaleStats, the popular shiba inu lottery currency made a large purchase 13 hours ago, which could lead to a 3% price increase.

Recently, shiba inu’s leading position as the largest holding in US dollars among whales was supplanted by the FTX token, which briefly held the top spot, but with this latest acquisition, Shiba Inu (SHIB) returned to the top spot.

Despite these huge acquisitions, the popular draw currency, unfortunately, cannot get out of the volatility crisis that has been present on the market since March. During trading in the range, the average daily volatility of shiba inu remained at about 4%. This is an extremely low value for an asset that had peaks of 10% to 20% in a daily candle on the chart.

The crisis of high volatility is also confirmed by indicators such as exponential moving averages, which diverge from each other by several percentage points. And this shows that investors are not actively trading tokens.

Large purchases of shiba inu tokens by whales are usually carried out by placing orders through over-the-counter cash desks, private trading or market makers to avoid liquidity problems and slippage. Therefore, these huge purchases do not greatly affect the price of the asset.

According to CoinMarketCap, at the time of writing, the popular shiba Inu joke currency (SHIB) continues to trade at $0.00002342, having decreased by 4.02% over the past 24 hours.

These 11 Memes and Metaverse Coins Are On The Green Board...