Home Crypto An alarming decision about Bitcoin and altcoins from YouTube! 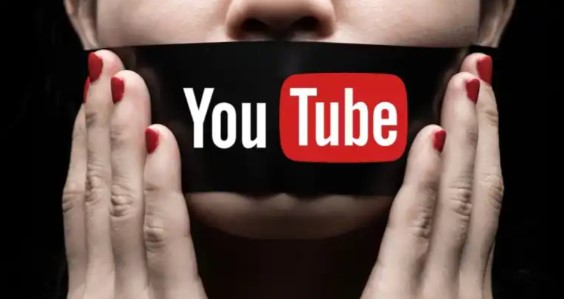 A series of recent YouTube bans on popular crypto channels has caused widespread anger of the crypto community. Bankless, one of the most popular newsletters and podcasts focused on Ethereum, reports that his account has been deleted without warning or reason. It looks like Youtube is about to make critical decisions on Bitcoin and altcoins…

YouTube Does Not Provide Information about Banning Bitcoin and Altcoins

Bankless is not the only crypto channel that has faced YouTube blocking. Aave founder Stani Kulekhov notes that the platform has also blocked other Web3 educational accounts, including Gabriel Haines and Optimism PBC.:

Bankless says the platform did not give him any warnings or reasons for the ban. Another crypto channel, Haines, confirmed on Twitter that his channel had been deleted, saying that the platform had deleted it due to “inaction,” which he denied. It looks like all the content of Haynes’ channel has been permanently deleted without warning.

Many on Twitter reacted to the bans, especially given that they were issued without warning and reason. Users also criticized YouTube’s targeting of educational channels such as Bankless. They noted that the platform still allows for several other channels that trade cryptocurrency-related fraud within their limits. Now the community is calling for a decentralized alternative to YouTube…

Kulechev, who was recently banned for tweeting and allowed to return to Twitter, decided to create such an alternative. Kulichov recently launched a decentralized alternative to Twitter called Lens Protocol.

As we wrote in the Somanews news, many Web3 developers have taken the first steps in this direction. Some decentralized social media platforms are already operating and running advertising campaigns:

Attention: Hacked Platform Warns of AVAX and These 5 Altcoins!

Income Will Be Generated By Providing Liquidity With DOGE For The...