Home Entertainment Amurant says the detective told her that her cyber harassment “is not... 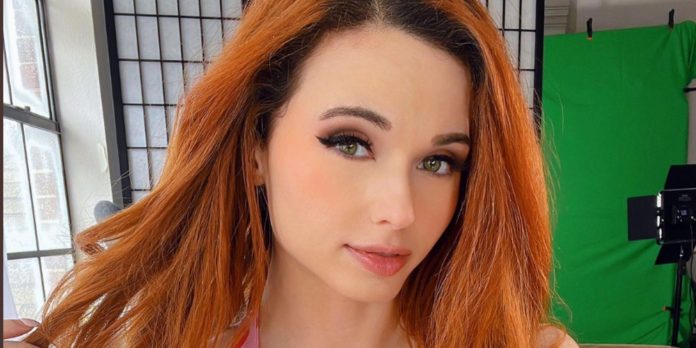 Twitch streamer Caitlin “Amurant” Siragusa may be one of the most popular content creators on the site, but recently she has faced the dangerous side of this popularity. While Amurant was dealing with a stalker she took very seriously, it seems that at least one local police officer did not give the situation the importance it deserved.

Earlier this month, a Twitch streamer began detailing a situation where a man from Estonia traveled all the way to the United States to physically approach her. Over the past few weeks, she has posted some evidence against this stalker, including photos he sent her on social media. However, she also said that despite collecting this evidence, she did not feel that law enforcement agencies were responding to the situation correctly.

Eventually, Amurant’s stalker was arrested when he showed up at her house. However, the streamer also wanted to make it clear that she felt that arresting him only after he came to her house was not enough, and talked about how the attention to her case had increased over the past few weeks. She added that “drawing attention” to cybercrime was very important, noting that at least one police detective even told her that cybercrime “does not pose a real threat.”

Amurant said that when she talked to this detective from her jurisdiction, a law enforcement officer downplayed the situation. However, in the end she received a call “from above”, which seemed to demonstrate that someone higher up the chain really took it a little more seriously.

Although Amurant has detractors and “haters”, she is also one of the most influential streamers on Twitch, and this probably helped to attract additional attention to her situation from senior management. She said this was one of the reasons she kept trying to shed light on such cybercrime situations for all influencers and “not even influencers.”

For her part, the Twitch streamer doesn’t seem to be intimidated by the situation and is apparently going to continue doing what has made her successful so far. Indeed, what she is doing may lead some people to lead her in a dark direction, but she has also achieved an almost unprecedented level of success with regard to streamers. This success in streaming allowed Amurant to succeed in the business world, which she often talked about, which allowed her to retire quite comfortably someday.

Genshin Impact: How to Finish Chapter 1 of Aranyaki (Meeting in...