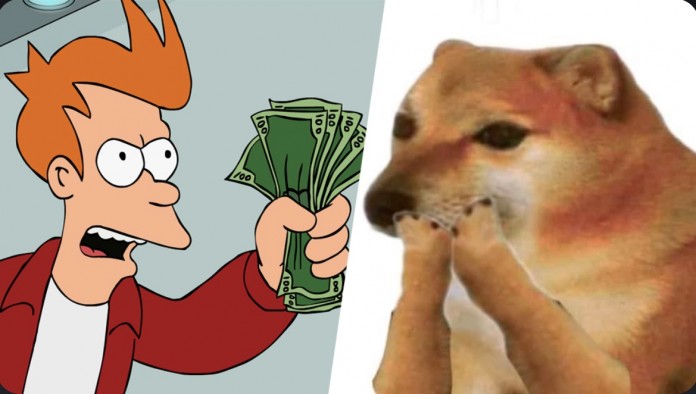 The most famous puppy of memes
At this point it is unlikely that you have never seen a meme of the good Cheems on any social network. This chubby little dog has become quite popular in the virtual world. There are thousands of funny images out there that show us the tiny dog ​​with ‘amsiety’ in different settings.

As is often the case, this fame was soon harnessed to create products made in Cheems’ image. Several already exist, such as mugs, cakes, T-shirts, towels, and even pillows. Now a new figure will arrive that could perhaps become the most sought-after Christmas toy.

Now you can have little Cheems on your shelf

Youtooz is a collectibles site specialized in taking trends from the internet and turning them into products. In the past they have launched some figures of popular memes such as the handsome Squidward or the crying cat, and now they will have a new one inspired by one of the most popular Cheems.

The new Youtooz figure gives us Cheems Bonk! which in theory would be like having two figures in one, since it hits the cannon by hitting another on the head with a bat. The truth is that it is quite curious and could work as a good ornament for your shelf or your workspace. Here we share them. The figure has a cost of $ 35.99 dollars, which would be about. At the moment it is only about the pre-sale, since the figure would go on sale until March of next year. So if you want to have it in your collection, maybe you should hurry as sometimes they fly like hot cakes.

This would not be the first Cheems figure created by this company, as they had already created another with the well-known image of the simply sitting dog and even a stuffed animal. If you don’t want to wait until March, maybe you can settle for one of these while you wait. Will they buy it?