Home Tech Among Us: Why is the new map taking long to arrive? 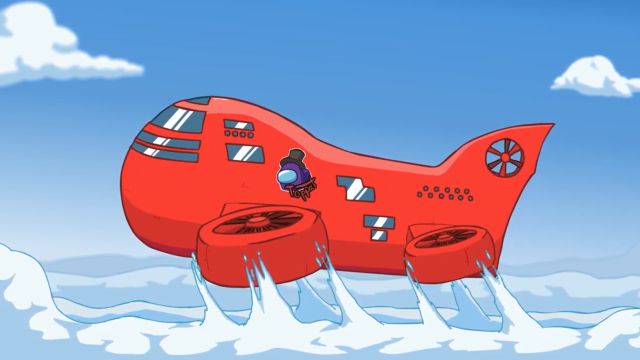 The title is not going through its best moment in popularity; neither on broadcasting channels nor on viewers on Twitch. The Airship map is on the way.

InnerSloth has published an extensive statement on its official website where they relate the Among Us roadmap for this year 2021. The work, one of the biggest phenomena in the video game sector during the second half of 2020, especially increased by its popularity on portals streaming like Twitch, will receive the long-awaited new map, Airship, soon. Now when?

“As we revealed at the Game Awards on December 10, the new map, Airship, will arrive in early 2021,” they begin by saying, making it clear that there have been no delays along the way, but they need time. There are only four developers. However, fans believe that all the announced news are taking too long to arrive; so much so that, during the last two months, Among Us has lost half of its players and is no longer even among the top ten most played, broadcast, watched or sold on the main platforms.

“Originally, we were just 3 friends working together”

Account system, the new map, hires for the future of the studio – which Among Us 2 canceled to focus on expanding the current one – and more. Everything is being done to ask, but the still small team of InnerSloth wanted to express themselves on a final note.

“Among Us has generated an incredible attraction at the end of 2020, it is something that we did not expect, and that implied many changes for us,” they acknowledge. Without seeing it coming, they had to be immersed in an internal structural change to be able to supply the huge number of users playing the video game, originally published in 2018.

“We also needed to prepare more sustainably to work on the game. We had to spend two months simply restructuring, discovering new processes and getting external partners who could help us manage it ”, they say. To this must be added the additional platforms. Before the end of 2020, the Xbox One and Nintendo Switch version was adapted in record time. “Originally, we were just 3 friends working together,” and now there are four people. They know that it is insufficient, but it is what they have, together with the partners who work in promotion, distribution and editing.

“There are a lot of other things outside of our control – legal issues, meetings, planning – so sometimes these things take longer as well.” InnerSloth looks forward to publishing the new map as soon as possible. Meanwhile, they just need time.

Huawei charger with 135W power is certified in China