Home Entertainment Among Us VR: How to sign up for beta testing 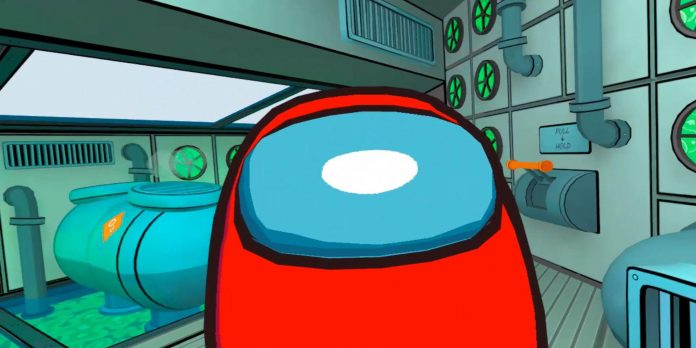 The viral indie game “Among Us” will appear on virtual reality platforms later this year, which will give fans the opportunity to take a fresh look at the game with social deduction. Players can expect the main gameplay from the standard version of the game with a top view, but it will be a first-person view, putting players in the place of teammates.

There is no official release date for Among Us VR yet, but the developers have confirmed that it will be released this winter for PlayStation VR, Oculus 2 and SteamVR. Those who can’t wait to dive into the world of virtual reality deduction with their friends can now register to participate in beta testing in order to plunge into it earlier. This guide will show fans “Among us” what they need to become a tester “Among us” VR.

How to get into the beta version of VR “Among us”

To participate in the beta testing of Among Us VR, you need two things: a stable Internet connection and a virtual reality headset.

After that, click on this link to go to the beta registration page. To receive an invitation to the beta program for virtual reality “Among Us”, gamers need to enter their email address in the form. Fans will then be asked to select their virtual reality headset from the list. They can put as many flags as they want. Then they have to choose an online store that they use to buy VR games. Then enter the email address that is primarily associated with the headset. Join the official Discord server. In a few days, fans will be invited to the game test Among Us VR. Be sure to keep an eye on all email accounts associated with players’ virtual reality headsets.

Soon, fans of “Among Us” will be able to crawl around the Skeld in virtual reality and secretly kill teammates as an Impostor or survive the night as an ordinary bob trying not to lose his head.

Playing “Among Us” in virtual reality will undoubtedly add realism to a game in which the stakes are already high. It will be interesting to see if the VR version becomes a hit on Twitch, as among us.

At the end of this year, it is planned to launch Among Us VR for PlayStation VR, Meta (Oculus) Quest 2 and SteamVR.

The star of Squid Game unexpectedly reacted to the shooting of...

Original actor as Wilson from the Home Improvement Department (before Earl...