Home Entertainment Among Us, VR Gets a Hilarious New Gameplay Trailer 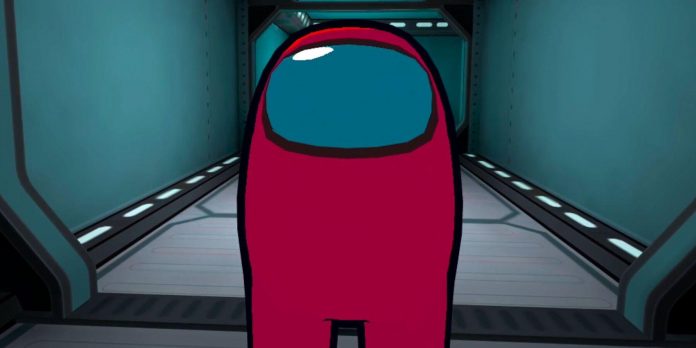 One of the most common games in the last couple of years has been and remains among us. Its popularity has increased dramatically, seemingly out of the blue, which allowed the developer Innersloth to dominate the niche and turn it into a real franchise that is about to enter the next stage of evolution.

Naturally, the next step for “Among Us” is the long-awaited virtual reality recording, which has just received a brand new game trailer showing what the game looks like from the point of view of a Yellow, especially unlucky teammate. While the premise itself is extremely intriguing as a setup for a multiplayer VR game, the new trailer perfectly shows the strengths of the platform, such as gesticulation.

While “Among Us” VR certainly needs strong gaming features, it seems that Innersloth intends to highlight VR’s greatest strengths with this particular iteration of the beloved game. To this end, the trailer demonstrates almost every aspect of the main game cycle, emphasizing how much more exciting and interesting even the simplest interactions can be. While the avatars of the base game are pretty enough on their own, their VR variants can gesture and even use limited body language capabilities, which is an unusual feature.

As a continuation of the original gameplay trailer Among Us VR, the new release is much less sinister due to the fact that it focuses on the interaction of players and the mini-games themselves. However, the fact that there is a killer roaming the ship is just as important as in the main game. In fact, the transition from a pseudo-isometric perspective to the correct first-person perspective makes tense sequences even more frightening than before.

Some believe that virtual reality “Among Us” may be easier for impostors due to extremely limited visibility, and the new trailer certainly goes a long way to suggest that. Namely, Yellow continues to overlook the fact that the crew members standing next to them continue to die over and over again, to the point that they are blamed for almost all the murders.

Regardless of whether it will be easy for Impostors in the VR version of the game or not, it is already quite obvious that Among Us VR will be incredibly exciting. By implementing key features like gestures and the like, Innersloth shows that it has a clear idea of what players might like. However, it remains to be seen whether these functions will work well in practice or not.

Among us, VR is due to launch in the 2022 holiday season for HTC Vive, Oculus Rift, Valve Index and PSVR.

“Very Strange Things”, Season 4: Will Nancy and Steve get back...