Home Entertainment Among Us Shares Its Roadmap For 2022: New Map, Lists Of Friends,... 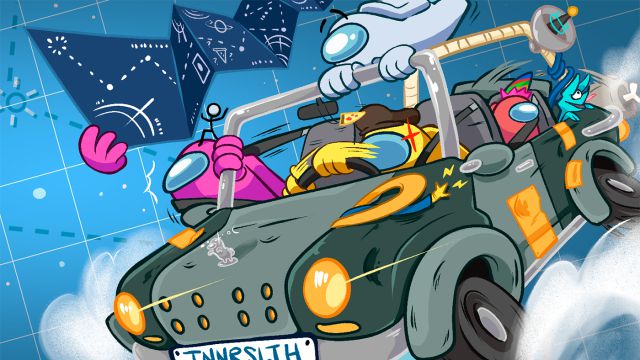 Among Us: InnerSloth has shared the main news that they hope to offer throughout this year with the arrival of the fifth map, new collaborations and more. Among Us, the popular multiplayer video game from InnerSloth, is still in top form as the go-to title for many gamers who are fans of party game-style titles. So much so, that its creators have not stopped working since its original launch and subsequent viralization in the midst of a pandemic to offer new content in the form of free updates. And this 2022 will be no less, since they have just shared a roadmap with many new features such as the arrival of the fifth map, friend lists, new collaborations and unpublished mechanics, among others.

This has been published by InnerSloth through its official website, ensuring that friend lists will be one of its priorities for this year: “Our main priority at the moment is a list of friends and improvements in quality of life.” But there is much more; and it is that the arrival of the desired fifth map is almost here, although there is still no release date. On the other hand, the arrival of new roles in the game is planned, both for impostors and crew members, thus offering unprecedented mechanics.

In this sense, its creators mention the concept “Hide’n’Seek”, although for now they have not specified what exactly they refer to; maybe a new game mode? On the other hand, the so-called Cosmicubes or special packages with aesthetic content will continue to be added. In addition, they hope to offer new collaborations with third companies, adding appearances of characters from other franchises, as has been done before.

Let’s remember that new appearances based on the Scream horror film saga will soon arrive, with the possibility of disguising our characters in the game with the clothes of Ghostface himself, all of them available completely free of charge. Among Us is now available for PC, PlayStation and Xbox consoles, Nintendo Switch, and iOS and Android mobiles.