Home Entertainment Among Us Comes To PlayStation, Xbox And Xbox Game Pass: Price And... 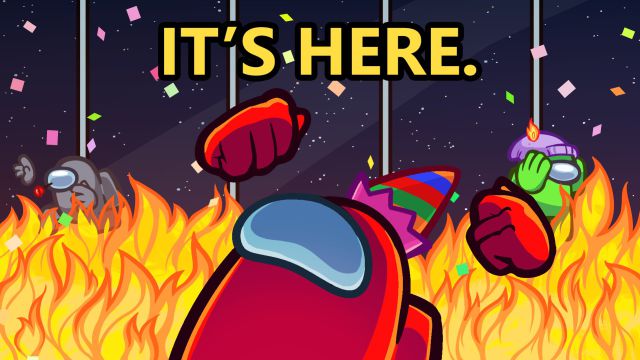 Among Us: After passing through other platforms, the biggest viral video game phenomenon in 2020 lands on Xbox and PlayStation consoles. Now available. InnerSloth has announced that Among Us is now available for purchase on PlayStation and Xbox consoles; including its immediate availability on Xbox Game Pass for console. After its passage through mobile devices Nintendo Switch and PC, the mass phenomenon that broke out in 2020 – although it had been available for years before – consolidated itself as one of those great multiplayer phenomena; from broadcasts on content creator channels to occasional games with the general public. Let’s know all the details of these versions.

Among Us lands on Xbox Store and PS Store: details to consider

Among Us can now be purchased on the digital portals of Xbox consoles (Xbox One and Xbox Series) at a price of 4.99 euros (3.99 euros if we are subscribed to Xbox Game Pass). Players who are subscribed to Xbox Game Pass can play at no additional cost to subscription on all Microsoft platforms; including PC, where it has been available for a few months.

On the other hand, on PlayStation consoles (PS4 and PS5) it has a price of 3.99 euros. If we have the Xbox Game Pass Ultimate mode, we can also play through game in the cloud (Xbox Cloud Gaming).

It should be noted that on PS4 and PS5 you need PS Plus to play online, while on Xbox you also need Xbox Live GOLD to participate in online games. As InnerSloth explains, the PlayStation version of Among Us does not have an option to link an account, so it is not possible to take advantage of the crossplay already available on Nintendo Switch, PC and mobile phones. On Xbox it will be possible to link an existing account.

The PlayStation and Xbox versions arrive with all the latest new features, including the new Roles of Scientist, Engineer, Guardian Angel, and the Shapeshifter imposter role.

Liverpool Announced The Dates of Friendly Matches Between Lyon and Milan...