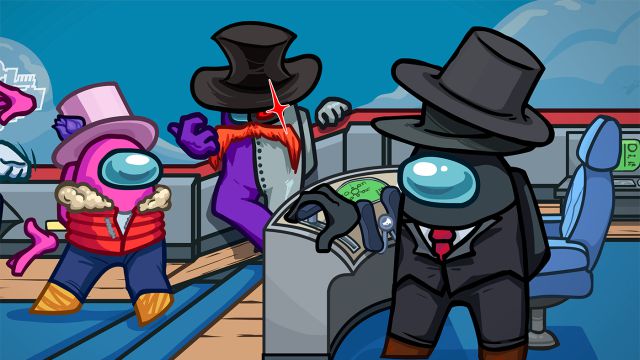 Innersloth finally announces the date when the new map of the popular multiplayer game will be available on all platforms.

Among Us, the popular online multiplayer video game from Innersloth that became a viral phenomenon in the middle of last year 2020, finally has a date to receive its new plane map. Thus, The Airship will be available on all versions of Among Us (PC, Xbox One, Nintendo Switch and iOS and Android devices) on March 31, 2021. And it will be as a free update for all players. This has been announced by those responsible for it through an official statement on their website.

The Airship arrives on March 31

Recall that the map known as The Airship (the plane) was presented three months ago as part of the The Game Awards gala, an event in which it won two awards. Now, and to the delight of its fans, the new map will be available in less than two weeks completely free of charge and with a good handful of new features.

New features such as the ability to choose in which room to start the game, the option to go up and down stairs along several floors and a good handful of new hats for the characters, among others. According to Innersloth, the new map has taken longer than expected to be released due to the need to make all kinds of adjustments to offer the best possible experience to the game community, with a lot of optimization work ahead, especially due to its title status. multi platform.

See Also
Among Us: Why is the new map taking long to arrive?

In addition, with this new update an internal moderation system will be implemented to try to eliminate players who demonstrate bad practices or are toxic to the community, as many regular players of the title have been asking for for some time. Recently a tool as useful as the visual quick chat wheel came to Among Us to facilitate communication between players.