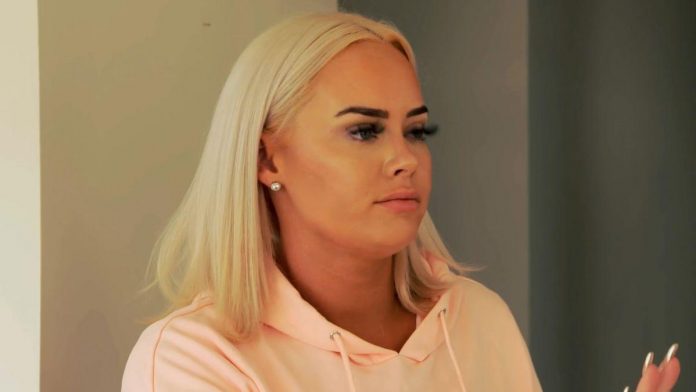 After being arrested for assault and battery in 2018, Ravenel left the show due to a wave of controversy, but he and Dennis continue to fight for full custody rights off-screen. Among the latest developments in all this drama, the 30-year-old mother also received reports of non-payment of rent and eviction from the house.

Problems abound in the custody battle over Catherine Dennis

In the previous season of her reality show, Catherine Dennis indicated that they are in 50/50 custody status with their children, Saint and Kensi. However, at the end of 2021, it turned out that the courts ruled in favor of Thomas Ravenel, so that he again received full custody, and Dennis received only supervised visits. It is reported that at the time, Ravenel accused her of drug use and neglect. In the end, the graduate of the Southern Charm show told her fans about the loss of custody and explained that it was a “difficult” situation for everyone.

However, over the past months, the reality TV star was still trying to change something – and it seems that she was not very good at it. AllAboutTheTea.com received court documents in the custody case that show that Katherine Dennis apparently abandoned her lawyers Susan Rawls Strom and Pete Currance. They asked to be relieved of their position as a lawyer due to a change in their relationship with Dennis. In particular, the petition partially stated:

The former group of lawyers indicated in the documents that they would provide the judge with “more detailed information” in a sealed letter under oath during the next hearing of the case. However, the source claimed that the real reason they quit was because they were not paid “regularly or on time.”

Finances are supposedly another problem for Catherine Dennis of Southern Charm. According to The U.S. Sun, a Charleston County clerk confirmed that she missed payments for her high-rise apartment in the city. According to them, she has never paid rent in the amount of $ 9,252 in the last months of February and March. Court documents obtained by the publication indicate that the building filed a release notice in mid-March as a result of the offense.

Bravolebrity settled the situation, but later in May received another notification stating that “the terms of use have expired.” Presumably, Catherine Dennis left this place anyway. The clerk claimed that the official eviction order was sent after the Eviction Order.

How will Catherine Dennis’ legal troubles affect the 8th season of The Southern Charm series?

Obviously, Catherine Dennis has a lot on her mind right now. She has always been outspoken about her life, Thomas Ravenel and the children throughout her time on Southern Charm, and it is expected that, returning to the main cast of the show this year, she will continue to do so. The teaser trailer for the 8th season of “Southern Charm” shows only the drama between Dennis and her new boyfriend Bread Ravenell (not a relative of Thomas), who called her a “problem” in their relationship in the preview. (They have since officially broken up.)

In general, the infamous redhead from the reality show hopes that her latest turn in “Southern Charm” will show some kind of evolution. Last season, Catherine Dennis was embroiled in a major racist scandal involving social media communication with a black radio host, which, in turn, caused problems for almost all of her colleagues in the film. After the finale, Dennis shared that if she returns, she will demonstrate “positivity and movement in the right direction.”

We will soon see how it will be with her, as the premiere of the 8th season of “Southern Charm” will take place on June 23 on the Bravo channel at 9 p.m. ET as part of the TV program for 2022.