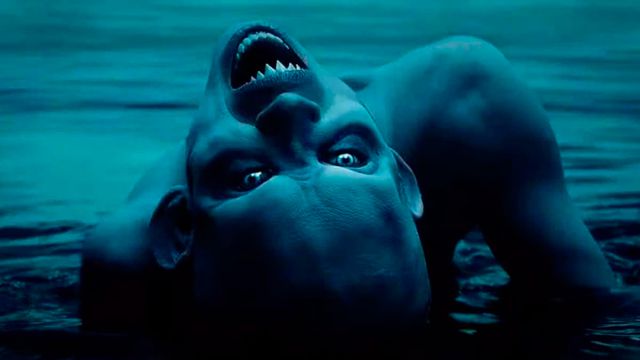 American Horror Story: Double Feature, The popular FX horror series presents the final trailer for the first part of its season 10 titled Red Tide: Synopsis with terrifying sea creatures.American Horror Story: Double Feature, the long-awaited season 10 of the popular FX series by Ryan Murphy, presents the final trailer for the first part of this new batch of episodes entitled Red Tide. And we remember that Double Feature owes its name to the fact that this tenth season that will start on August 25 will be divided into two parts, with “a story by the sea” called Part 1: Red Tide and “a story by the sand ”Titled Part 2: Death Valley. And now we know new details of its first part starring marine beings with very bad fleas through its new trailer that you can see heading this news along with a new poster and its official synopsis.

Thus, after the first teaser trailer of a conceptual cut a few weeks ago, we finally see the terrifying marine beings that will star in this first part of American Horror Story: Double Feature, as well as a poster that leaves little room for the imagination and shows us a curious mixture of both themes.

“Troubled writer Harry Gardener (Finn Wittrock) and his pregnant wife Doris (Lily Rabe) and his daughter move to an isolated coastal town to write their next book and spend the winter. The change of scenery and the eccentric locals inspire Harry to overcome his blockade, but at a high cost, since as they settle in, the true residents of the city make themselves known, strange creatures begin to terrorize his family. ” , the people in charge tell us about the plot of this first half of the season.

This first batch of episodes of season 10 will have a total of 6 chapters with several of the usual names of the series such as Sarah Paulson, Evan Peters, Billie Lourd, Finn Wittrock, Lily Rabe, Frances Conroy, Leslie Grossman and Angelica Ross, to which is joined by the charismatic Macaulay Culkin with the model Kaia Gerber.

Wild Golden Ring Theory Claims that the game is Really About...