American Horror Story: Last Wednesday (25), viewers were able to follow the terrifying emotions that Ryan Murphy prepared for the 10th season of American Horror Story. With that, fans were awarded two truly interesting episodes that showed what Double Feature will have in store for everyone in the future.

So, find out all about the series’ return to the FX grid with our full recap!

AHS: news mark the launch of the new season of the anthology series

At the beginning, the audience meets Harry Gardener (played by Finn Wittrock), a screenwriter who is very committed to all aspects of his work who, on a given day, moves in with his pregnant wife, Doris (Lily Rabe), and Alma (Ryan Kiera Armstrong), his daughter, to Provincetown, Massachusetts.

As with other classic horror stories, as a screenwriter, he hopes that by gaining new air in his routine, his creative block will be lifted. And even though everyone seems to be very happy at first, there is something in the atmosphere built by the production’s makers that evokes a feeling of uncertainty about what will happen in their lives.

Alma, by the way, is no ordinary child and everything she thinks out loud ends up sounding like something bizarre. When they arrive at the new residence, the girl soon believes that the house they will be staying in is haunted. Even so, nothing unusual happens, until Doris and her daughter decide to take a walk.

On the way back, a very strange creature chases them in a disturbing way, later trying to invade the house. Despite the initial scare, nothing very profound happens, other than Alma feeling threatened. Everyone goes to sleep and several other bald and pale creatures appear in Alma’s window. However, when Harry tries to see if everything is okay outside, they mysteriously disappear.

The next day, however, the writer takes a morning walk and notices that there are several bodies that look like these mysterious beings scattered on the beach. Although this scares him, he goes on with his life, trying to learn more about Provincetown. While visiting a restaurant, Mickey (Macaulay Culkin), Austin Sommers (Evan Peters) and Belle Noir (Frances Conroy) come his way, showing a good rapport with him.

The last two are also writers and try to convince Harry to take some “magic pills” to get rid of creative blocks. According to them, after feeling extremely inspired by their help, some of his best works were produced. Harry refuses the impulse, but after talking to Ursula (Leslie Grossman), his agent, he changes his mind.

When he returns home, one of the pale creatures attacks him. Thinking of defending himself, Harry uses his strength to beat her to death. Nothing is out of the ordinary, until the character realizes that there is something strange about him and an incessant desire for blood hits him full on. While talking to Austin, he discovers the true function of the “magic pill”, which sucked all his energy, considering that he would have no talent whatsoever.

The second episode ends with the audience discovering that Alma also took some pills and, unlike her father, gained a new version of herself.

What did you think of the debut of Double Feature? 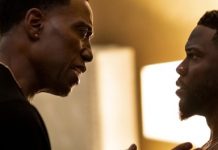 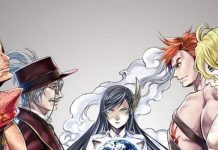 Record of Ragnarok: 2nd Season Of The Anime Has Its First Poster Released 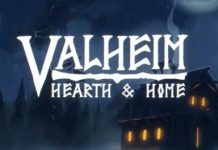 Valheim Gets Upgrade With More Features To Build and Cook

The Blacklist 8×22: See How Liz Said Goodbye To The Season...