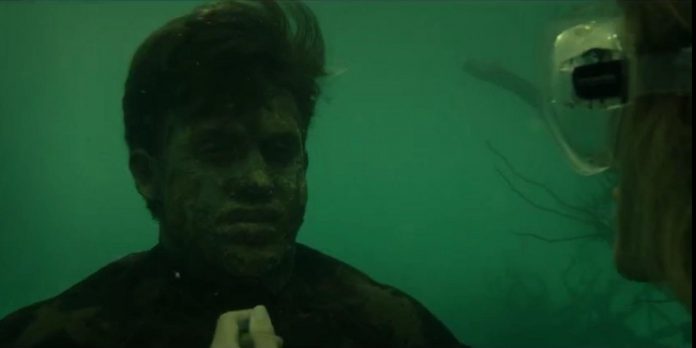 This review contains spoilers for the series “American Horror Stories” “Lake”. “The Lake,” the latest episode of “American Horror Stories,” draws inspiration from “American Horror Story: Coven,” but can’t connect with its audience the same way. As the title of the episode suggests, the horror series “Lake” revolves around all the mysterious incidents that are known to happen to visitors during vacations or weekend vacations. The “Lake” decides to combine this charm with the horrors of water, as well as with history and family background.

Manny Coto is returning to write his ninth episode of American Horror Stories. “The Lake” is the fifth episode written by Koto for the second season of the horror series. Koto is joined by director Tessa Blake, who previously directed an episode of “American Horror Story: A Double Feature.” “The Lake” introduces a number of new actors of the horror franchise in the person of Alicia Silverstone and Olivia Ruir, as well as one of the returning faces of the franchise in the person of Teddy Sears.

“Lake” begins with a group of friends on the water. Among them are brother and sister Jake (Bobby Hogan) and Finn (Ruir). In the initial moments of “American Horror Stories”, they begin to assume that the characters of these brothers and sisters are very different: Jake is quite boring and a little sociable, and Finn is calm. What becomes the central problem of The Lake is represented by Jake’s boredom, which the other characters mock. Jake shows a topographic map that shows where the town of Reedsville once was before the lake was built. He offers to dive in and find the lost city, and his sister joins him. Underwater, an ominous menace lurking in the water grabs Jake by the ankle and he drowns before his body disappears from sight.

This introductory episode introduces viewers to two mysteries: what is hiding in the lake and what happened to Jake? “American Horror Stories” slowly provides answers to both of these questions throughout the episode, but there are several gaps in the narrative that arise in the process. “Lake” makes a short jump in time in which Finn returns home after trying to cope with what she saw in a psychiatric hospital. Her parents treat her delicately during her transition home. Shortly after, Finn’s mother (Silverstone) has a similar encounter with the bathroom, where a hand reaches out to grab her. This continues to happen in the next few sink and pool scenes until she comes face to face with her son, who begs her to find him. Why these visions did not begin to appear until Finn returned home has never been fully investigated.

Despite the fact that Finn is one of the central characters of the “Lake”, there is no benefit in this. She witnesses her brother drowning and helps her mother find his body. On the contrary, she is the vessel through which the plot moves. It is from her point of view that viewers witness Jake’s death, and together with her, viewers begin to sort through the layers of this story. Finn’s mother actually becomes the central character of “The Lake”, and it is through her interaction with the world and the lake that the secrets of the episode are actually revealed. Her journey into the lake finds Jake’s body and a historical connection that should reveal the “Lake” widely. Together, Finn and her mother give an almost complete picture of the mysterious atmosphere that “American Horror Stories” create.

Perhaps the biggest problem with the “Lake” is the pace. “The Lake” is struggling to keep up with the issues it is trying to solve as part of the episode. “American Horror Stories” tries to explain some of them by providing a four-month time jump and suggesting its development through dialogues, but it does nothing but confuse the story. By the end of “The Lake,” countless corpses in the lake walk on the ground and drag Jeffrey (Sears) into the water to drown. The scene is comparable to the scene from the Coven where zombies attack the witch academy. The reason why they do this is revealed moments before it happens, but there is no answer to the question of why all this is happening at this particular moment in time. Jeffrey’s wife tries to create him, suggesting that Jake’s death was a ploy to lure Jeffrey nearby, but it’s not enough.

Because of the problems with the pace, “Lake” seems incredibly hasty at times. The coin-tossing moment when Jeffrey reveals that he is not only running the business that supports Prescott Dam, but that he and his family are descendants of the villain who built it, loses its luster in the distorted pace of the plot. Jeffrey’s confession does not have time to comprehend before the dead take him to the lake in a strange form of justice. Nevertheless, despite all its problems, Silverstone is a redemptive part of the “Lake”. Her sad but determined performance of a grieving but determined mother helps to intrigue viewers with the plot.