After a week of break, American Gods returns with Bilquis reconnecting with his own strength and Tech Boy having difficulties with his failures. In addition, Shadow has fun on a mission to help his father.

Bilquis remains trapped in a cell with heavy music playing as a form of torture. Her captors are unaware that she has escaped within herself and is talking to the Orisha. When they arrive at the cell to question her, she is calm.

Shadow and Tech Boy arrive at the site and Tech Boy reveals that he has no skills available thanks to what Bilquis did to him. Then, they enter by force.

When the two reach Bilquis, she is conjuring up water to drown her jailers. Tech Boy flees when he starts to fail.

Bilquis later tells Shadow what she learned while she was imprisoned. She claims that she can now see herself clearly and tells Shadow that he should also destroy his own veil. Shadow talks about her pending issues. Bilquis tells him that she doesn’t know her fate, but that it’s time to heal.

Shadow talks to Marguerite and finds out that Alison is still missing. He tells her that he is going to see her father at the hospital.

Meanwhile, after wandering through the traffic without his clothes, Wednesday goes to the same psychiatric clinic where Demeter is. Shadow arrives and talks to her father, who says he is innocent of blowing up the bar. Shadow doesn’t believe it because he knows that Wednesday is after Demeter’s fortune, however, he ends up being convinced to work with Cordelia to get information from Hutchinson’s computer.

Shadow does not want to steal the computer. Therefore, Cordelia says that there is a way to clone it. The two put the plan into action. Cordelia distracts Hutchinson at the hotel entrance while Shadow grabs his briefcase.

Cordelia takes the suitcase to one of the rooms to perform the cloning while it is Shadow’s turn to distract Hutchinson.

After that, they blackmail Hutchinson with the information they got from his notebook. He accepts, however, asks for two days.

Laura Moon and Mr. Ibis talk during an important journey

Salim talks to Mr. Ibis when Laura Moon arrives asking about Wednesday. Mr. Ibis examines Laura, who explains that she took Sweeney’s body to take to Baron Samedi so that he could bring it to life again. After talking about how Laura was resurrected, she calls him to accompany her on her journey to find and kill Wednesday.

On the way, the two discuss the various factors that may be involved in Laura’s resurrection. However, for Salim, Laura says that when she died, she went to purgatory.

When Shadow returns to Lakeside, he learns that there have been more invasions. He also finds Laura, who was already at the scene waiting for him.

What did you think of this episode of American Gods? Tell us in the comments! 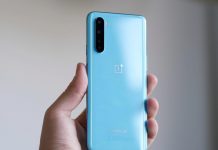 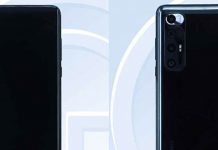 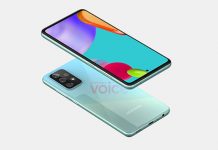