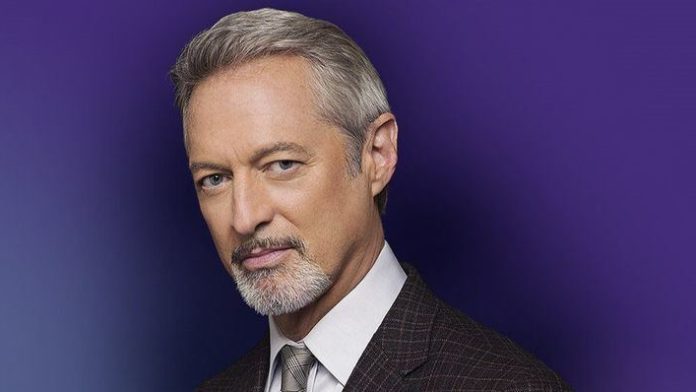 The American actor Roscoe Born has died at 69. It was a regular face of the daily serials in his country as ‘Santa Barbara’. He also intervened in series such as ‘A crime has been written’, ‘Paper dolls’, ‘The incredible Hulk’ or ‘The Rockford cases’.

This Friday was announced the news of the death of actor Roscoe Born at age 69 . A friend and partner of Born has reported on social networks that she died on March 3 of this month.

He started his television career by participating in a chapter of the series ‘Forrester’ in 1976. After participating in others such as ‘The Rockford Cases’ in 1979 and ‘The Incredible Hulk’ in 1981 he signed for ‘Ryan’s hope’ getting his first relevant character .

In 1984 he was one of the interpreters of the miniseries ‘Paper Dolls’ with Morgan Fairchild, Nicollette Sheridan and Lloyd Bridges. A year later he decided to accept a character in another daily serial, ‘One Life to Live’ where he remained until 1987.

In 1989 he got into the skin of the millionaire Robert Barr in ‘Santa Barbara’ , an interpretation that provided him with many joys and favor from the public to the point of returning to the series after a brief break with double role. In addition to Robert was his twin Quinn Armitage, who fell in love with heiress Kelly Capwell (Carrington Garland) with a complex plan organized by Flame (Roberta Bizeau). In Spain, his participation in Antena 3 could be seen in the mid-1990s.

His time in ‘Santa Barbara’ lasted until 1991 when his character left for Barcelona while the actor lived a passionate romance with his cast partner Roberta Bizeau with whom he ended up marrying and being a father.

Telefilms like ‘The spirit of Sarah Hardy’ or ‘Calls at midnight’ and a chapter of ‘A crime has been written’ in 1990 were a break in her career in the daily soap opera to which I return with the Canadian ‘Family passions’ and with ‘All my children’, ‘Days of our lives’ or ‘The Young and the Restless’ .

In addition to interpretation, another of his passions has been music, which he has combined with social and political causes.

K-Pop idol beauty standards that can be dangerous