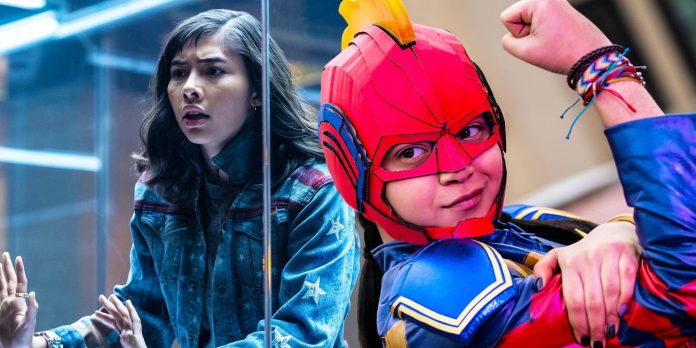 Attention! This article contains spoilers for the 3rd episode of “Miss Marvel” and “Doctor Strange in the Multiverse of Madness”.

America Chavez could easily solve Miss Marvel’s biggest problem with ClanDestines. Introduced by the MCU in Doctor Strange: The Multiverse of Madness, she is poised to become one of the most important characters in the MCU. The forces of America are driving the plot of “Doctor Strange 2” about a multiverse journey. Given her special skill set, she is exactly what Kamala Khan needs in Miss Marvel.

When she was still a child, America Chavez discovered that every time she got scared or experienced other heightened emotional states, she inadvertently opened portals to other dimensions. Eventually, she teamed up with Stephen Strange to try to understand her abilities and begin to control them. By the end of the Multiverse of Madness, she manages to control her abilities, and she can even choose the specific universe she wants to move to.

Given that Kamala’s biggest problem is that using her bracelet to return the genies known as ClanDestines in “Miss Marvel” to their dimension is too dangerous, America and her powers are exactly what she needs. The fact that a hero with just such abilities has just been introduced to the MCU undermines the scale of Ms. Marvel’s bets. Since Kamala could have just gone on a journey to find America and solve the conflict of the series, its plot seems thinner than perhaps it should have been. Although it is likely that America’s abilities are not yet well-known, the problem with the conflict in Miss Marvel, which is so easily solved by another famous character, arises from the fact that viewers know that she exists. The stakes are based on how dangerous it is to try to open a portal to another universe when the audience knows about someone who does it easily and who has just been to New York (a stone’s throw from Kamala in Jersey City). swallow the pill.

Ms. Marvel from the MCU is strong enough to solve her own problems, but she’s still learning her abilities. It would be interesting to see how she would go on a trip to Kamar Taj to find a universal solution to the ClanDestine problem just to meet America. These two are likely to become loyal friends: both value family, have a penchant for sarcasm and are cool female superheroes in their teens. It would also allow Kamala to learn more about her cosmic powers, tie her bracelet to 10 rings and make her a force to be reckoned with in future films.

It’s probably a good thing that America is unlikely to appear in “Miss Marvel”, despite its obvious compliance with the situation. In Spider-Man: There is No Way Home, America Chavez’s cameo is cut out because she would probably resolve the main conflict of the film too easily. It is better not to be distracted from Miss Marvel in the series “Miss Marvel”.

It’s a strange choice to present a problem specially created for a character like America Chavez in a series in which she is unlikely to appear immediately after introducing her in the Multiverse of Madness. “Miss Marvel” is preparing for the final episodes. There are only three episodes left, and viewers won’t have to wait long to see how Kamala handles the threat of ClanDestines.

One of Netflix’s Most Popular Acquired Shows Is About to be...

How the Style of Brittany Banks’ 90-day-Old Fiance Has Changed after...