Home Tech AMD’s New AM5 Motherboards Will Not Include PCIe 5.0 Support 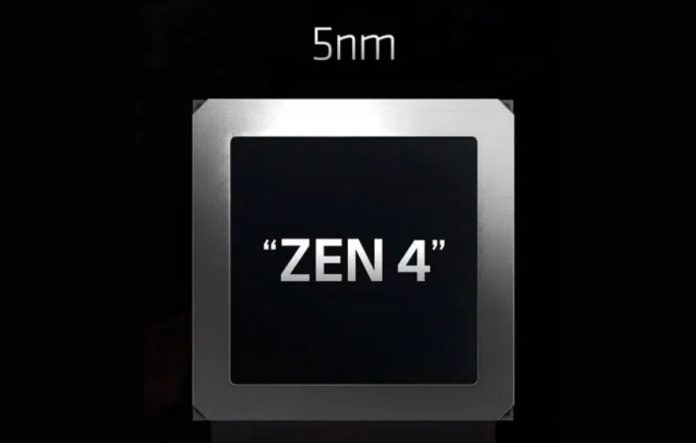 Diagram of AMD’s AM5 socket motherboards leaked: PCIe 5.0 not supported. Schematics of AMD’s Raphael architecture motherboards have been leaked. While many users were waiting for PCIe 5.0 support, it became clear that motherboards will come with PCIe 4.0 support and DDR5.

It was reported recently that Intel ‘s 12th generation processor family, codenamed Alder Lake, will be the first architecture to support the PCIe Gen5 version. While AMD is expected to switch to Gen5 by users, it turned out that the Raphael series, which is expected to be released in 2022, will support PCIe Gen4. 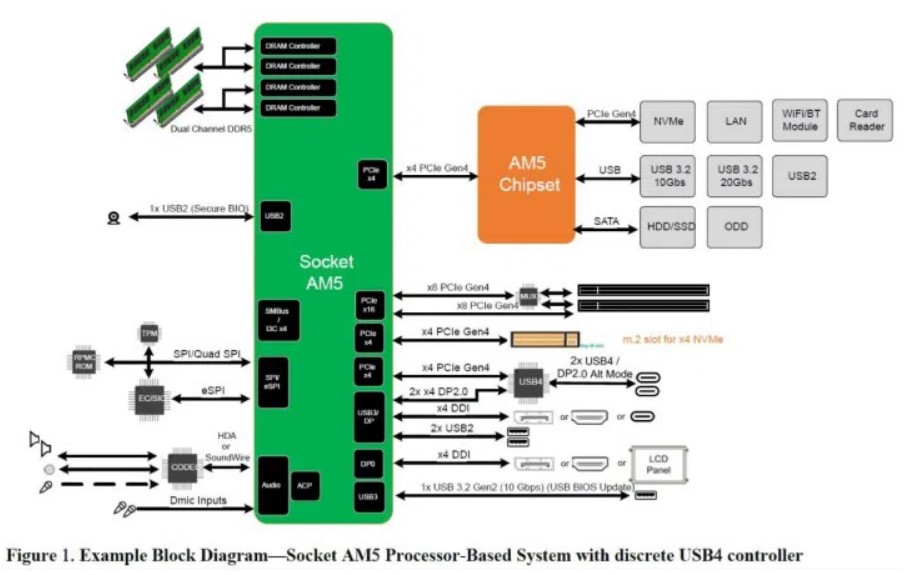 The new leaked schematic shows us that the AMD AM5 chipset will come with 16+4+4 PCIe Gen4 lanes that enable high-speed NVMe drives, USB 4.0 devices to be connected. The maximum ram speeds of the chip that will support dual-channel DDR5 are not specified in the diagram.

The AM5 platform will support DisplayPort 2.0, which connects to the PCIe Gen4 lane via a USB 4.0 controller. While AMD’s Ryzen 7000 family, codenamed “Raphael”, includes the Zen 4 architecture, the technical specifications of the upcoming CPUs have not been fully disclosed. In addition to this information, along with the leaked schematic, Raphael processors are among those announced that will have RDNA 2 integrated GPU.