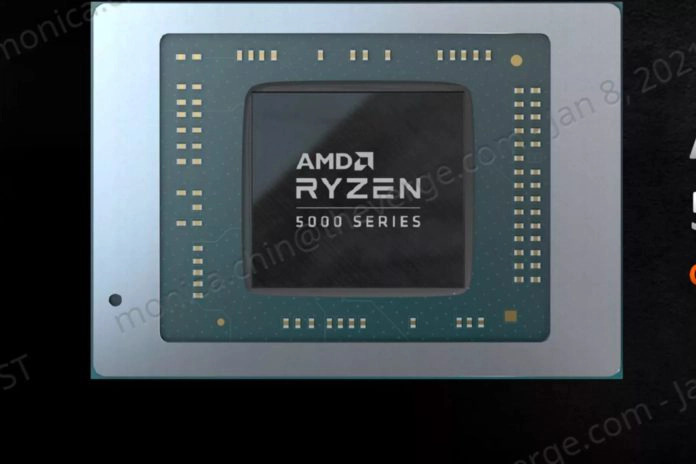 AMD announced its new Ryzen 5000 mobile CPUs at its online event for CES 2021. Most, if not all, of these are based on the company’s 7nm-based Zen 3 architecture. AMD CEO Lisa Su described the series as “the most powerful computer processors ever produced.”

Like the previous generation, the Ryzen 5000 series has two separate categories for two very different audiences. The H series and the U series designed for ultraportable notebooks are available, which you will find in notebooks for gaming and content creation. Three of the U-series chips are based on legacy Zen 2 architecture, which is somewhat annoying.

These categories include Ryzen 3, Ryzen 5, Ryzen 7 and Ryzen 9 layers (which can be described as the equivalent of Intel’s Core i3, Core i5, Core i7 and Core i9 respectively). The H series retains the H and HS suffixes from the 4000 series in addition to a new HX designation.

The highlight of the U series is the eight-core, 16-thread Ryzen 7 5800U with 1.9 GHz clock speeds that can boost up to 4.4 GHz. AMD claims this processor provides the “fastest productivity in ultrathin notebook computers”. According to the company’s benchmarks, the chip outpaces the Intel Core i7-1165G7 by 1.23 times in PCMark 10. It also surpasses it in a subtest that includes a range of office apps, including Excel and Edge. The two chips tied in PowerPoint, but it narrowly wins in the Intel Word test.

In addition, the company claims the 5800U can provide up to 17.5 hours of general usage battery life and up to 21 hours of movie playback. These are pretty ambitious predictions even for AMD. We will see how accurate it is as the devices carrying these processors come to the market and pass reviews.

New to the H series are the HX chips, which AMD says are designed for serious gamers. AMD claims the Ryzen 9 5900HX will power “the best gaming laptops of 2021” at 45W and higher TDP values. According to the company’s comparative evaluations, this processor is the Core i9-10980HK; Cinebench surpasses 14 percent in R20 (single thread test), 37 percent in Passmark P10 (measures overall CPU performance), and 3DMark Fire Strike Physics (measures graphics performance) by 21 percent.

Netflix has released trailer for Fate: The Winx Saga