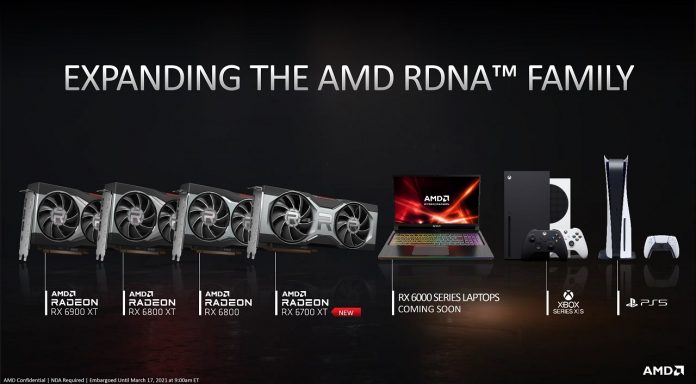 Last year, AMD introduced the Navi 10 GPU-based Radeon RX 5600M and RX 5700M models. However, these cards were not widely used in laptop computers. We can say that we did not even see the RX 5700M model. But it looks like AMD wants to pay more attention to the mobile market in 2021. According to the latest reports, the mobile video card AMD Radeon RX 6800M features have emerged.

The RX 6000 series, which passed through 7 nm TSMC production, has RDNA 2 architecture.

Introducing RX 6000 graphics cards with RDNA 2 architecture last October, AMD made an ambitious entry into the market. However, problems in chip production and excess demand caused stocks to run out. It is not known whether a similar situation will occur in the Mobil RX 6000 series. Although NVIDIA had a stock problem in desktop graphics cards, it continued to produce on mobile.

@KOMACHI_ENSAKA, known for hardware leaks on Twitter, came up with new information. In its view, AMD will prefer the Navi 22 GPU for the RX 6800M card. The performance drop in mobile graphics cards is also experienced in AMD. The RX 6800M, which is expected to be slightly lower performance than the RX 6700 XT, has the code name 73D5: C3.

The RX 6600M and RX 6500M cards will compete with the GA106 GPU-based NVIDIA models. These two cards are highly likely to be launched with the Navi 23 GPU. Finally, the Navi 24 GPU is expected to compete with the Intel Xe and NVIDIA MX400 series.

What do you think of the AMD Radeon RX 6800M features?

Is it a crime to record calls on Android phones?