AMD has been conquering the market by offering powerful but relatively inexpensive alternatives when compared to competitor offerings. The Ryzen line has been proof of that, something reinforced with the recent launch of the third generation desktop review, with the company trying to make the same impact on the GPU market.

The arrival of the RX 5000 line and the RX 5700 and 5700XT models, followed by the announcement of the RX 5500XT, meant that AMD was able to gain more space, showing cost-effectiveness superior to cards of similar level and sometimes even lower than Nvidia, especially in the entry and intermediate segments.

Now, the newest launch of the red team intends to further shake the market, being an excellent option for those who want to play without spending a lot. In silence, the company brought the Radeon RX 5300 to the market, equipped with the same Navi 14 chip present in the RX 5500XT, but with adaptations.

In summary, although simpler, the new card still proves to be an interesting option for games in Full HD, with AMD itself positioning its solution that way. The manufacturer released performance comparisons with the GeForce GTX 1650, showing results between 18.6% and a respectable 56.8% higher. 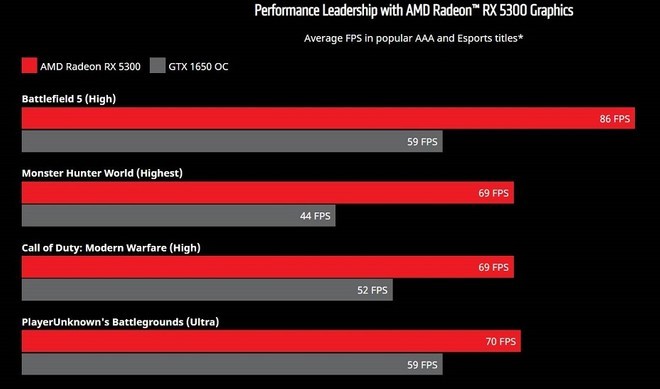 BTS explains how tall their daughters should be

According to Experts, Italy Repeats China’s Errors in Quarantine Implementation

Tesla Adds A Very Useful Feature To Its Vehicles With The...