Home Tech AMD to Make A Small But Significant Change In The Architecture Of... 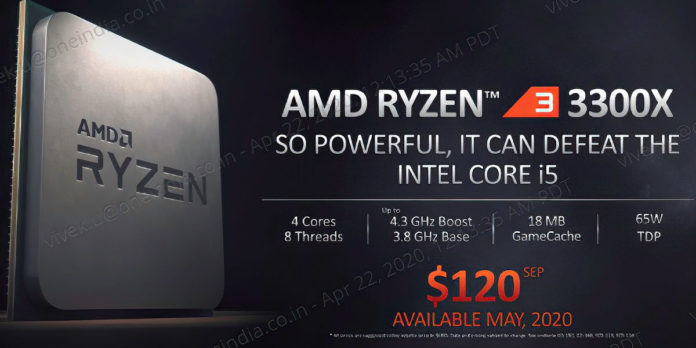 Continuing to challenge industry giant Intel, AMD will make a significant change in the architecture of the new Ryzen 3 processors, according to one claim. Allegedly, the company will replace the core array on its new processors.

AMD, who wants to get rid of today’s processor giant Intel, is taking a new step to achieve its goal every day. The company, which has managed to attract the attention of all users with its price policy, will come up with a budget-friendly processor that performs very well this time.

AMD changes the kernel distribution:
AMD will feature 4 cores and 8 threads on its new Ryzen 3100 and Ryzen 3300X processors, but these will be distributed differently on the silicon in each chip. At this point, it is useful to give some information about AMD’s processor structure in order to avoid confusion.

There are lots of CCD chips called CCX which are the subject of our news. Each CCX can hold up to 4 cores per CCD, with a total of 8 cores. With only 1 CCD in 1 processor, AMD can support up to 8 cores; When it contains 2 CCDs, it can offer up to 16 cores.

Let’s go back to our topic. According to the claim made by TechBlaze, AMD is considering differently positioning the 4 cores in its CCX on the Ryzen 3 3100 and Ryzen 3 3300X. Accordingly, Ryzen 3 3300X will host 4 cores in a single CCX. Thus, the delay between the cores will decrease. So there will be a noticeable increase in the gaming performance of the computer. Besides, according to the claim, Ryzen 3 3100 will contain 2 cores in CCX.