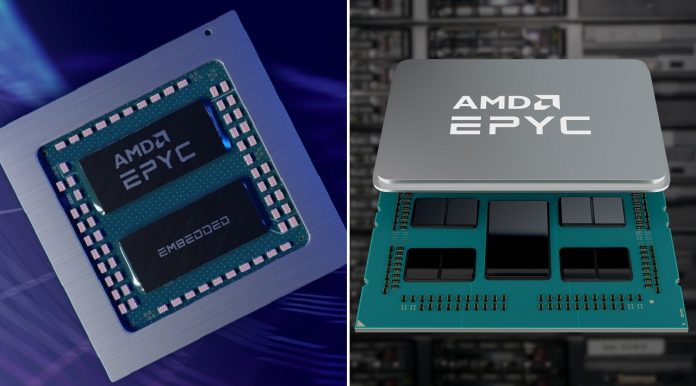 AMD EPYC Milan processors have been launched in the past months. Thus, the company broke its own record by taking a big leap in the market. Growing 1.8 percent in the server market, the company increased its total share to 8.9 percent. However, the American manufacturer does not seem to be satisfied with this. The roadmap of AMD EPYC Embedded processors has emerged.

The company continued to grow steadily every quarter after introducing Zen architecture.

According to the roadmap Leaked by Videocardz, AMD is planning to play big in the next AMD EPYC processors. CEO Lisa Su stated in an interview she gave to the press at CES 2021 that we will see more cores in the coming years. According to the leaked table, AMD EPYC 7004 series, codenamed Genoa, will exceed the 64 core limit.

The series, which is planned to come with the Zen 4 architecture, which is 5 nm production, may have a 96 core / 192 thread design at the top. Of course, more cores result in larger processor size. Leaks indicate that the processor size will also grow.

The new processors with a maximum of 64 cores per partition will come in two partitions. At this point, there is no clear detail about whether a 128-core processor will come or not.

AMD EPYC 7004 processors will also host design and manufacturing improvements. Thus, major improvements are expected on the performance per watt side. The leaks are that the top model 96-core processor will come with 320W TDP.

In addition to all this, the new processors will also have DDR5 memory support. It is also expected to have PCIe 5.0 support.