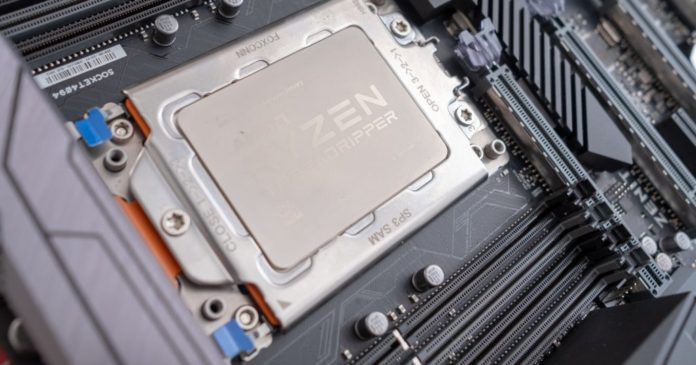 AMD, the shining star of recent times, introduced a new generation of processors. 3rd generation Threadripper processors; It is available in 24, 32 or 64-core variants and stands out for its outstanding performance.

AMD is one of the most talked about technology companies in recent years. Because the technology giant, especially in the processor industry has made very good breakthrough and known as the monopoly of the industry managed to defeat Intel. In fact, the company has begun to sell so well in recent times that the world’s most popular e-commerce platform Amazon is currently, almost no processor other than AMD.

Last year, the company was able to attract attention with its Thread Threadripper ser series, which was developed for more workstations and demanding industries. Sherry; With its 24, 32 and 64 core processors, it marked 2019. Now, the new processors of the Threadripper series are intended for more everyday users. But don’t be fooled by the daily user statement; these processors have only one click less enterprise capabilities than enterprise processors.

The Threadripper 3990X is extremely powerful, which of course brings with it some problems. So much so that this processor needs to be cooled very well and AMD strongly recommends the use of liquid cooling systems for these processors. It is not yet known whether the cooling system will be supplied if you purchase this processor. However, it must be regretted that in order to have such a powerful processor you have to pay a very serious payment.

AMD MI200 series accelerators to compete with Nvidia A100 have been...