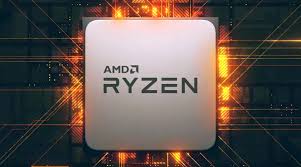 AMD is releasing a new liquid-cooled version of its Radeon RX 6900 XT graphics card. This extra cooling allows the card to run at higher clock speeds, resulting in better performance in games. Videocardz states that the AMD Radeon RX 6900 XT Liquid Edition includes faster memory with 18 Gbps instead of the 16 Gbps found in the regular RX 6900 XT.

This liquid-cooled version is powered by a single radiator fan attached to the card’s cover. AMD uses the same number of processing units, 16GB memory size and 128MB infinite cache as current RX 6900 RT models. However, the card will have an operating frequency of 2250 MHz instead of 2015 MHz.

This higher speed means the Radeon RX 6900 XT Liquid Edition’s total card power will also increase to 330 watts, a 30-watt increase over the regular RX 6900 XT. This new GPU appears to be exclusive to system integrators, so you can only find it on prebuilt machines. Maingear in the US, PC Specialist in the UK, and Japanese retailer Dospara began listing this card in their inventory. The card, meanwhile, is listed as going on sale “very soon,” so it’s unclear when it will be available on systems.

There’s no exact price for the Radeon RX 6900 XT Liquid Edition, but Maingear lists it as a $2227 upgrade option over the RTX 3060 for customized systems. The regular RX 6900 XT is listed as a $1402 upgrade. Therefore, it seems that it will be necessary to pay an additional $ 825 for this liquid-cooled version.

WandaVision: end of Marvel series will be revolutionary