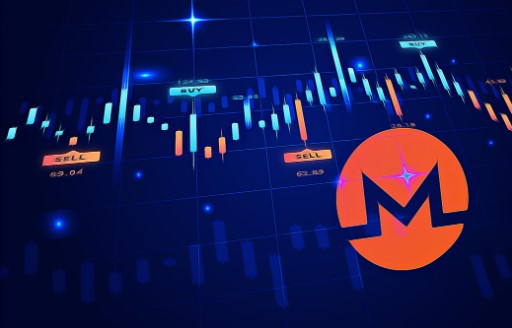 XMR remains relatively strong in the cryptocurrency markets. Yesterday, the privacy-focused cryptocurrency fell from $222 to $245. The price of Monero continues to find buyers at $230 at the time of writing. So, how many dollars are intended for XMR in the medium and long term? Will the current uptrend continue?

The privacy-focused cryptocurrency Monero (XMR) has grown by about 9.5% compared to an 8.5% drop in the cryptocurrency market over the same period. Moreover, the XMR/USD pair broke through a strong multi-month resistance line, which gave rise to hopes for growth. The XMR price fell by 5% on April 10 from a one-month high of $245 reached the day before.

Speculation about organizations using Monero to circumvent sanctions may increase their attractiveness among investors. Meanwhile, the American research group Brookings warned last month that Monero, the first among privacy coins, could be “used as part of a plan to evade sanctions.”

The IRS has offered a $625,000 payout to those who can violate the privacy protections of Monero, Zcash and other cryptocurrencies.

Monero’s market capitalization has increased by almost 85% since February, reaching $4.30 billion. Technical indicators suggest that it may continue to grow in the second quarter.

This week, XMR broke above the downward trend line that has limited its growth attempts since May 2021. Interestingly, the trend line forms what looks like a bullish flag pattern, and the parallel lower trend line acts as support. The basic principle of bullish flags is that they direct the price in the direction of the previous uptrend (the so-called “flagpole”) after the price has finally broken up.

As a rule, the inverted bull flag target is usually the sum of the break point and the height of the flagpole. This increases XMR by almost 110% from today’s closing price of $235 to almost $480.

Popular cryptocurrency analyst Don Yakka sets a much more ambitious goal. The analyst points to the classic “cup with handle” model and claims that its price can reach up to $ 10,000.

However, privacy coins like Monero continue to face downside risks due to increased regulatory pressure from several governments around the world.