Home Crypto Ambitious Prediction from Famous Analyst! Bitcoin Will See This Level By The... 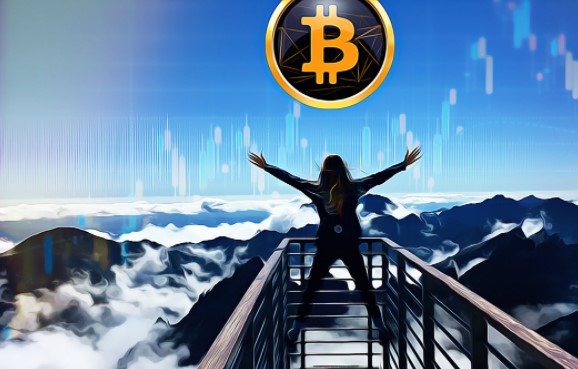 A widely-followed cryptocurrency analyst is researching Bitcoin charts to determine when the leading cryptocurrency Bitcoin (BTC) may recapture the $60,000 level and continue to sprint to all-time highs.

Famous cryptocurrency analyst Nicholas Merten shared his predictions for Bitcoin in a new strategy session. Merten told 511,000 YouTube subscribers that BTC’s ability to withstand the recent downward pressure and push back $40,000 is a good sign.

Merten continued his statements as follows;

“We are seeing consistent confidence in prices as buyers come in, increase the order book, taking Bitcoin price from this low-limited rage in the mid-$30,000 range to about $39-40,000.”

In addition, as the Bitcoin price continues to rise, Merten predicted that Bitcoin’s next stop could be to retest the $60,000 level that Bitcoin touched twice last year.

“Bitcoin appears to be preparing the trajectory for a 3rd test to the $60,000 level. For the third time, there may be a temptation for Bitcoin, we will take another retest of this overall range in the middle of the $60,000 range and eventually we will have the technical setup to be able to fully climb and get a parabolic price for Bitcoin.

As of the time of writing, the leading cryptocurrency Bitcoin (BTC) continues to trade at $44,317, with an increase of 2.59% in the last 24 hours, according to CoinMarketCap data.

Bitcoin Is Giving Up Signs

Continuing the stock markets, the analyst stated that they also showed good signs for Bitcoin (BTC) to return to $ 60,000, and said;

“The recovery we saw the other day was a move above 3.36% compared to the previous close. If you factor in bottoms, we’re talking about a movement of over 7%.

Merten also stated that the jump in prices in times of fear means that the market has overcome its anxiety and continued;

“These are a sign that the markets are starting to struggle with fear, with buyers starting to take back control of the order book from the bears.”