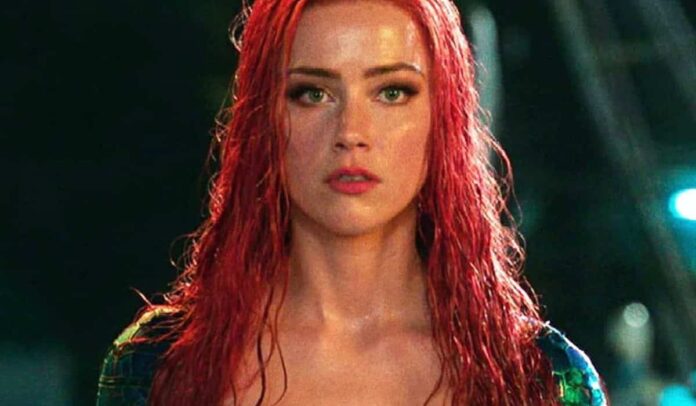 “Mera”, the character played by Amber Heard in the film “Aquaman” may no longer appear much in the sequel.

Amber Heard is one of the most hated celebrities on the internet this year. The worst part of the drama also came to her great project “Aquaman 2”, of which she continues to be a part.

According to the latest rumors, Warner Bros, after being unaffected for months by the negative reaction that referred to Heard, finally decided to take the necessary precautions.

The studio is said to be now writing the sequel in a way that they could cut down on Amber’s part if needed in the future. There’s also the possibility of a second female lead, and below is everything you need to know about it.

If you are new to this controversy, it all started recently when Johnny Depp lost his libel suit against a tabloid that labeled him a wife beater. Things got worse and he had to leave Fantastic Beasts 3 due to the controversy.

Later, fans of the actor lashed out at Amber and said that she is just as guilty as the Pirates of the Caribbean actor. There was a wave of hatred around the world launched towards the actress who appeared unscathed by the conflict.

For weeks, Warner Bros’ stance not to remove Amber Heard from Aquaman 2 has received a mixed response. Now, if the insider tip of writer and youtuber Grace Randolph is to pass, the studio has finally felt the pressure and is taking action for potential disaster management. According to, the studio plans to incorporate a second female lead for the film.

This according to Grace is a step to divide the spotlight. They also plan to write the story in such a way that Amber Heard’s involvement can be curtailed if times demand.

Grace wrote on her official Twitter account: “Some Christmas tea! #JodieComer has met with #Marvel and #DC for the roles (# Aquaman2 and #Flashpoint) of #FreeGuy buzz. #JodieComeran wants Aquaman’s new female lead to be an Asian actress. ”

“Also the #JJAbrams meeting with the #Superman writers, but it is not known if #HenryCavill will remain for now,” the post read.

She added that Amber Heard is still part of the project. “Some of you are asking Amber Heard, as I told you before, are you bringing in this new female lead to balance things out and writing the script so that Heard’s role can be cut down if necessary. But as of now she is still in # Aquaman2, ”Randolph wrote.

Some of you are asking re Amber Heard – as I told you before, they are bringing on this new female lead to balance things out, and writing the script so that Heard’s role can be cut down if needed. But as of right now she’s still in #Aquaman2

What is the reason Claire Fraser wore two wedding rings