Home Celebrity Amber Heard is seen abroad in one of her first appearances after... 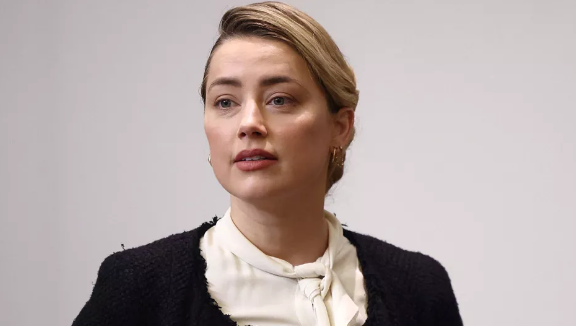 Luck wasn’t on Amber Heard’s side during the libel trial against her ex-husband Johnny Depp. The verdict was announced, in which the jury concluded that Heard had slandered Depp, owing him $ 15 million in penalties and compensatory damages. If you’re wondering what Heard is doing now after the libel verdict, the last time she was seen abroad was in one of her first appearances.

The last time we saw Amber Heard was in June, when she flew on a private jet to attend meetings in New York, only to fly back to D.C. near her home in Virginia. TMZ spotted the Aquaman star in the faraway country of Palma de Mallorca, Spain. Photos of the Texas native with her close friend Bianca Butti and one-year-old daughter Una Paige Heard have appeared. It’s hard to know if this Spanish destination is just a vacation for her or a new place she can call home.

As soon as the Depp/Heard verdict was announced that the 36-year-old actress owed Depp millions, her lawyer said that she could not afford to reimburse the damage owed to her ex. She plans to appeal the verdict because of the storm on social media, which may have led to the victory of the “Pirates of the Caribbean” star.

If Amber Heard is unable to pay, Depp and his legal team can decide whether to continue to seek payment of the amount Heard owes. Or, maybe, a new deal can be concluded, according to which they ask instead of Hird’s silence on some issues raised during the trial, and abandon the appeal. Apparently trying to help pay off her debts, she quietly sold her house in SouthernCalifornia for more than $1 million. If Depp’s legal team does not release the money that Heard owes, the problems between the ex-spouses may continue for a long time.

Johnny Depp has a lot of good things after the trial, as he is going to play King Louis XV in Jeanne Du Barry, and also collaborated with guitarist Jeff Beck for the rock album 18, which was released in July. As for Amber Heard’s career, she is going to appear in Aquaman and the Lost Kingdom, reprising her role as Aquaman’s beloved Merah after she “fought” very hard to stay in the film. She also has a supernatural thriller of the XIX century called “On Fire” about a couple with a young autistic son who is worried by the villagers and the local priest that the boy is possessed by the devil. Once Heard’s court drama with Depp begins to subside, she will hopefully get her career back on track.

While Amber Heard is having a good time in Spain, it is comforting to know that she is surrounded by the love of her friend and daughter, as the money she owes Depp is hanging by a thread. Follow the new releases of CinemaBlend films to be aware of any projects in which Depp and Heard will appear in the future.

Kate Middleton and William: Their adorable Skype moment with teachers and...