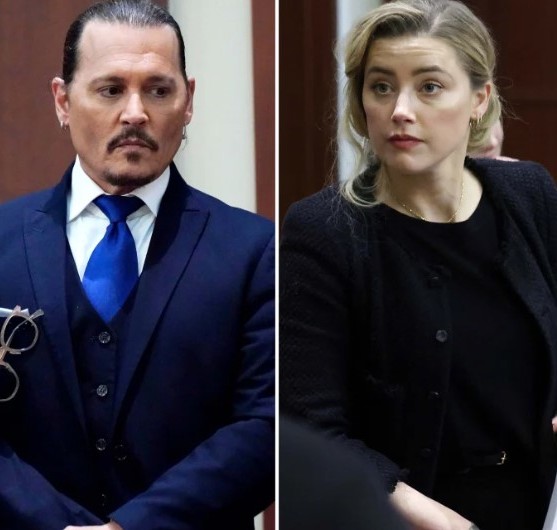 Instant regret? Amber Heard feels remorse because she allegedly left poop on the side of Johnny Depp’s bed after an argument in 2016, an employee said in court.

Starling Jenkins II, a longtime Depp employee, testified on Thursday, April 28, against the background of a libel case brought by the Golden Globe winner against the Aquaman actress. Jenkins recalled an alleged conversation he had with the 36-year-old Texas native after the initial poo incident.

The executive chauffeur and security guard of the 58-year-old “Pirates of the Caribbean” star recalls how in the spring of 2016 she went with Heard to the Coachella festival and talked on the way “about the surprise she left in the boss’s bed.” The fecal incident allegedly occurred after the former couple quarreled before the actress left for a music festival.

Jenkins, who testified to the jury in Virginia live on Thursday, explained that the “surprise” Heard was talking about was “defecation,” which Depp later discovered on his side of the duo’s bed.

Depp’s employee testified that Heard told him at the time that it was a “terrible bad joke.”

Jenkins spoke about the events of 2016 after the “Charlie and the Chocolate Factory” star spoke out in support of his case against his ex-wife last week.

Depp sued his co-star in the film “Rum Diary” for defamation in response to a 2018 article she wrote for the Washington Post. In this story, Heard described in detail her experience as a survivor of abuse, although she did not specifically name Depp in the article.

Speaking before the court on April 20, the Kentucky native said he was “shown a photo” of the bed after an alleged incident by his security guard, who entered the room to pick up some of his belongings.

“He showed me a picture on his phone… it was a picture of our bed, and there was human faeces on my side of the bed,” Depp said, noting that the discovery came after Heard had an argument during her 30th birthday. birthday, and then she went to Coachella.

Although the “Edward Scissorhands” star said he was “laughing” at first because it was “so weird and so grotesque,” he didn’t miss the incident. Depp claimed that when he spoke to Heard about the mess, she “tried to blame” their dogs for it.

“They are tea Yorks. They weigh about 4 pounds each,” Depp told the jury. “The photo I saw — I lived with these dogs for many years. They weren’t dogs.”

The Oscar nominee, who has performed several times this month, has categorically denied Heard’s allegations of abuse. “I myself have never gone so far as to hit Ms. Hurd in any way, and I have never hit any woman in my life,” he said during his testimony on April 19.

The “Lone Ranger” actor added: “It’s been six years of ordeal. It’s quite strange when one day you are, so to speak, Cinderella, and for 0.6 seconds you are Quasimodo. Neither I, nor my children, nor the people who have believed in me all these years, deserve this.”

Heard, who was married to Depp from 2015 to 2017, has yet to speak out. However, before the trial, she posted a statement on Instagram, which said: “I never mentioned his name, but wrote about the price that women pay for speaking out against men in power.”

The “Super T-Shirt XXL” actress concluded: “I continue to pay this price, but hopefully when this case is over, I will be able to move on, just like Johnny. I have always maintained my love for Johnny, and it is very painful for me to relive the details of our past life together away from the world.”

Kim Kardashian and his sisters will make the episodes of their...