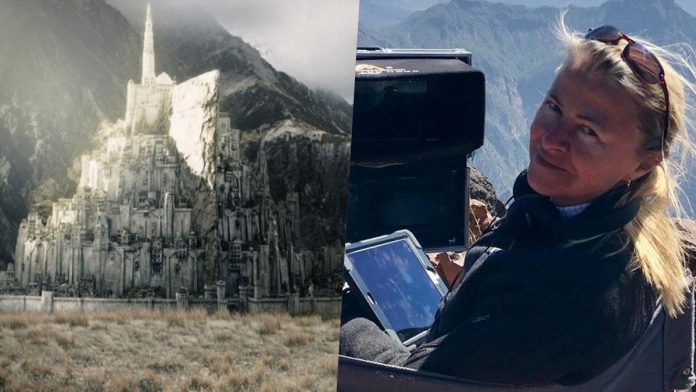 Amazon: The filmmaker will be in charge of directing some episodes of the first season, in which J.A. Bayona and Wayne Che Yip.The new version of Middle-earth continues to unravel some details. Amazon Studios has announced that Swedish-French director Charlote Brändström is already part of the creative team behind the Lord of the Rings series, which will premiere on Amazon Prime Video on a date yet to be determined.

The series will feature filmmakers such as J.A. Bayona, who has directed the first episodes. Recently, it was announced that British-Chinese director Wayne Che Yip will also go behind the scenes. The entire international cast is currently filming in New Zealand, the same country where both The Lord of the Rings trilogy and The Hobbit were filmed.

Brändström, for her part, has been nominated for an Emmy Award for Julie, Sword of the King. In addition, she has directed more than 30 feature films and miniseries, including episodes of The Man in the High Castle, Outlander, The Witcher, and Jupiter’s Legacy.

“I am very excited to be guided through Middle-earth by the vision of J.D. and Patrick, and immerse myself in the iconic world of J.R.R. Tolkien. It is a great privilege to be in New Zealand to work with the extraordinary group of creative talents at Amazon Studios, ”she commented. “There are still countless things to see in Middle-earth, and great works to be done,” she added, citing Gimli.

Amazon’s Lord of the Rings takes place thousands of years before the events narrated in the original work. It begins in a period of relative peace, an era in which we will see familiar and new characters. We will travel to places such as the Misty Mountains, the forests of the elven capital of Lindon or the incredible island kingdom of Númenor, in the far reaches of the world. The first season cost about $ 465 million.

LittleBigPlanet Will Have Several Servers Down on PS3 and Vita