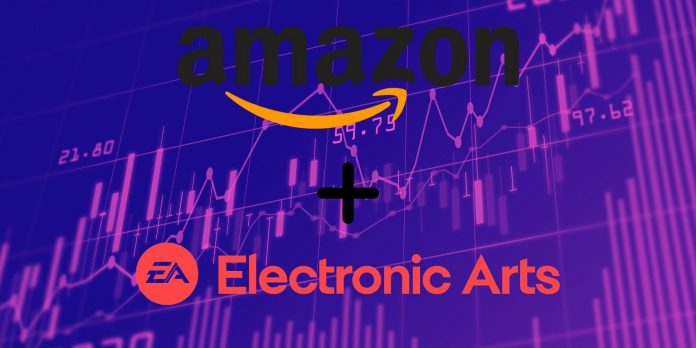 Amazon is one of the leading technology companies in the world. From shopping to healthcare, Jeff Bezos and his organization have been at the forefront of most technological advances over the past decade. Nevertheless, despite all its strengths, Amazon does not pay enough attention to games. If the rumors about the purchase of Electronic Arts come true, everything will change.

Amazon has been trying to enter the video game market for some time. Even with all the money and resources at his disposal, there was always something missing from his previous efforts. It is reported that instead of fighting an uphill battle, Amazon is exploring the possibility of acquiring various studios, the most famous of which is EA. Due to the recent upheavals in the gaming industry, combining the efforts of EA and Amazon may be mutually beneficial.

Amazon currently offers two different gaming services. The first is Prime Gaming, an addition to Amazon Prime. Amazon Prime subscribers receive monthly free games and exclusive in-game content for many free games through Prime Gaming. In addition, customers receive free monthly access to the Twitch account of an Amazon partner and to all the privileges that are provided with a paid subscription. For any streamers, Prime Gaming also stores Twitch broadcasts for 60 days instead of the standard 14.

Amazon also owns the Luna cloud gaming service, similar to Google’s Stadia. Cloud games have become a great resource for players with high-speed internet access, but without a PC or console. For a small monthly fee, Luna customers can subscribe to channels in the Luna service or purchase titles individually. Without needing a console, Luna is a great low-cost option for gamers, although it hasn’t grown as fast as Amazon would like.

Most importantly, Amazon has already seen firsthand how profitable games can be for its business. Amazon bought Twitch for $970 million in 2014, and as of 2021, its revenue is about $2.6 billion per year. While its other services have not become popular, Twitch has single-handedly made Amazon one of the most financially successful gaming companies in the world.

The Impact of Amazon Buying EA

Despite all its shortcomings, EA is still one of the biggest players in games. EA’s collection of franchises, from FIFA to Battlefield, is second to none. EA is not worried about sales, but about how it will survive in the face of growing competition. There are more game developers now than ever before, and many of them are able to usurp the current industry leaders. Over time, EA either didn’t want to or couldn’t adapt.

The complaints about Madden continue, and each annual edition seems worse than the previous one. Apex Legends, on the other hand, has become one of the most popular competitive games, but over time the number of hackers and bots has increased. It’s impossible to create a flawless game, but EA relied more on its established brand to increase sales, rather than improving its games.

There are countless logistical hurdles to overcome for a purchase of this scale, but it’s easy to see how Amazon can help EA overcome its challenges. With all the money at Amazon’s disposal, they could invest a huge amount in the development and maintenance of EA games. As one of the leaders in cybersecurity, Amazon can also provide these resources to EA to fix Respawn hacking problems. To improve its current offerings, Amazon may offer EA Play as a free bonus to Prime Gaming or Luna subscribers, similar to EA’s current agreement with Xbox Game Pass.

Investors have already assessed the benefits of a potential acquisition. After the rumors, EA’s stock price soared ahead of a major Amazon purchase. Given the size of each company, this move seems unlikely. However, Microsoft’s acquisition of Activision Blizzard proved that anything is possible in this rapidly changing world.