Amazon, the online retail giant, has announced that it will invest $ 2 billion in the fight against climate change. The company aims to reduce its carbon footprint through these investments.

Climate change and global warming caused by it is one of the most important struggle headlines of both states and international institutions all over the world. According to a statement by Jeff Bezos, founder and CEO of online retail giant Amazon, the company will invest $ 2 billion in the fight against climate change.

The Climate Pledge Fund, created by Amazon, aims to support the efforts of innovative businesses and companies from various industries in transition to carbon-free energy in the industry. Bezos noted that by helping predictive entrepreneurs, they aim to reduce carbon impact and achieve a more sustainable activity. Bezos said they will support companies at all levels, from pre-production initiatives to established companies.

Amazon is trying to support the provisions of the Paris Agreement:

Every potential investment; Bezos, who said that they will examine the transition to carbonless energy and whether it will accelerate the protection of the planet for future generations, promised to speed up its efforts to reduce its carbon footprint last year and called on other companies to join the fund. This fund aims to assist the goals of the Paris Agreement, which is adopted in the fight against climate change.

US telecommunications giant Verizon, British consumer goods company Reckitt Benckiser, and India-based technology giant Infosys are among the companies that have joined the fund since Bezos’ call. Amazon aims to use 100% renewable energy by 2025 and completely carbonless energy by 2040. The company aims to use 100,000 electric trucks in its logistics activities instead of gasoline powered vehicles. It is stated that the first truck will start in 2021, and the entire fleet will start operating in 2030.

Amazon; It will invest in various companies operating in sectors such as transportation, logistics, power generation, storage, manufacturing, food and agriculture. The company wants to attract other investors to the fund, which aims to ‘carbonize’ the economy and save the planet. Amazon was previously criticized by its own employees for not acting fast enough to tackle climate change. Investing in 91 renewable energy projects worldwide, Amazon also supports reforestation efforts around the world. 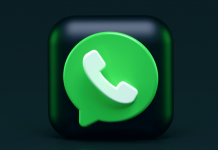 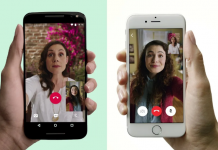 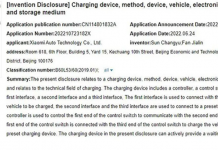 Xiaomi has patented the first electric vehicle charging system, which it produced as a competitor to Tesla