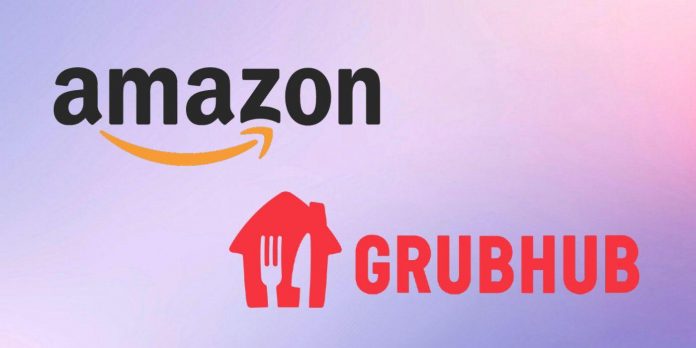 Ahead of Prime Day celebrations later this month, Amazon announced a partnership with Grubhub that will allow all Amazon Prime customers to receive one year of free food delivery across the US. This will be another advantage for Amazon Prime subscribers who already receive free priority delivery. , access to Amazon Prime Video and Amazon Music Prime, as well as early access to Lightning Deals on Amazon and more.

Grubhub, owned by the Dutch multinational food ordering and delivery company Just Eat Takeaway, is one of the largest food delivery companies in the United States, operating in all 50 states. The company was founded in 2004 in Chicago and acquired a number of its competitors over the next decade and a half before it itself was acquired last year for $7.3 billion.

According to an Amazon press release, Prime members will now be able to sign up for one year of free Grubhub+ membership as part of a new partnership with the Dutch food delivery service. It is reported that this offer is part of a deal between the two companies, according to which the Seattle-based online trading giant will receive up to 15% of Grubhub shares. That’s according to Just Eat Takeaway, which says the deal will allow Amazon to buy a two percent stake in Grubhub at a nominal price and another 13 percent at a “formula-based price,” depending on the number of new customers. a new partnership.

According to an Amazon press release, the partnership will allow Prime members to access unlimited free shipping from hundreds of thousands of restaurants on Grubhub to more than 4,000 cities within one year. Along with free shipping on Grubhub, Amazon has also announced several other new offers and features for Prime members, including an exclusive 60-second preview of the upcoming Lord of the Rings: Rings of Power movie. In addition, Prime members in the US will also be eligible for exclusive offers and early access offers to electronics ahead of this season’s first Thursday night football match, which will take place on September 15.

Amazon Prime membership is one of the most lucrative subscription services available, offering many perks and experiences at an asking price of $139. Membership in Grubhub+ complements the list of services that are already part of Prime membership and should make it even more desirable for all interested parties. In addition, Grubhub+ costs $9.99 per month, which means that Amazon’s offer can help Grubhub+ users save up to $120 per year as part of the new deal.

Career: How to Get Travis and Laura to Kill Each Other...