Home World Amazon Opened The Pouch: It Will Pay $ 9 Billion 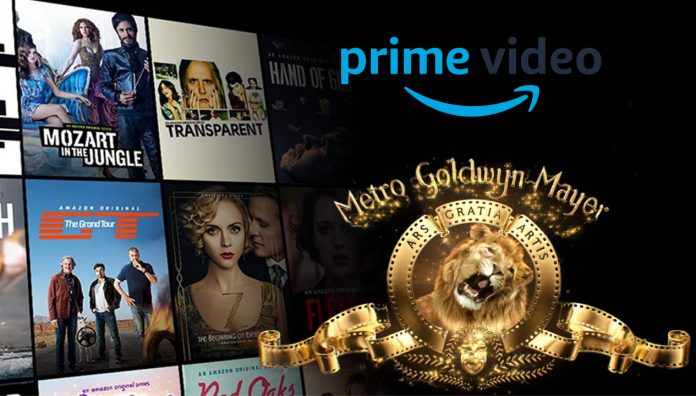 Amazon will expand its Prime Video library. Digital movie and TV series viewing platforms are getting stronger. On the one hand, these platforms, whose number of users are growing at an incredible rate, on the other hand enrich the content library. Competing in this market with a service called Prime Video, Amazon is undoubtedly one of the biggest of these services.

Competing with its biggest rivals Netflix and Disney +, the company is taking a very important step to be one step ahead of this competition. According to the information received, Amazon wants to buy Metro Goldwyn Mayer company, which has been operating in the production and distribution of movies and TV series since 1924, for 9 billion dollars.

Metro Goldwyn Mayer, which we remember with the roaring lion that appeared at the beginning of many productions for a period, has quite important productions even though it is far from its old bright days. The company currently has productions such as James Bond, The Handmaid’s Tale, Rocky, Stargate, Robocop, and Vikings that are very popular today.

If the agreement between Amazon and Metro Goldwyn Mayer is completed, the rights of this and many other brands will be transferred to Amazon. MGM now has 4 thousand movies and 17 thousand hours of TV series. These productions, which are currently found to attract users in the library of its competitors in the world, are thought to be a serious user increase after adding to the Prime Video library.

Leaked information shows that Amazon is considering making an offer of $ 7 to $ 10 billion, while experts say Metro Goldwyn Mayer will not accept less than $ 9 billion. Whether the deal will be successful remains a mystery, with one of the two companies expected to make an official statement. It is claimed that MGM, which has been on sale since December 2020, will meet with the competitors of the company if the agreement is not reached.