Home Entertainment Amazon has revealed the reason for the cancellation of the Lord of... 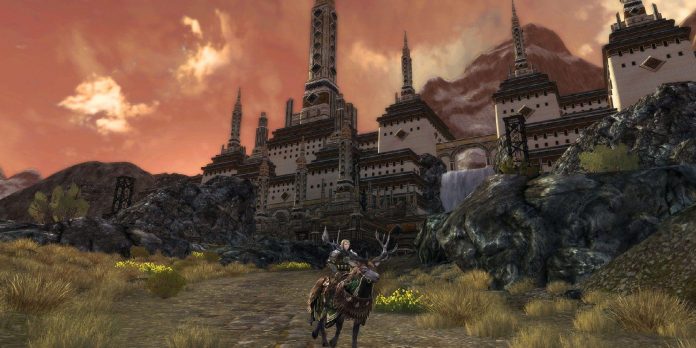 Amazon reveals the reason why it canceled the Lord of the Rings MMO last year, saying that Tencent’s purchase of the planned developer led to serious complications. The Lord of the Rings MMO from Amazon was announced in 2019, and it was originally planned that it would be a free game that would allow players to roam the lands of Middle-earth before any of the events described in Tolkien’s novels. Judging by many early discussions of the game, it seemed promising, but nothing concrete was ever revealed.

It was even expected that the Lord of the Rings MMO would be released in 2022. But unfortunately for many who were excited about the prospect of roaming Middle-Earth with their friends, back in April 2021, the game was canceled by Amazon. At that time, there was no clear reason why the MMO was canceled, and the company stated only some difficulties with the contract with the developer Leyou Techologies. Now some details about these complications have been discovered.

It seems that the purchase of Leyou by Tencent was the main reason for the cancellation of the Lord of the Rings MMO. In a conversation with Gamespot, Amazon Games president Christoph Hartmann spoke about the difficulties of working with Tencent, which worsened when the conglomerate acquired Leyou. Middle-earth Enterprises, the company that owned the Lord of the Rings intellectual property rights at the time, had a contract clause allowing it to terminate the deal with both Amazon and Leyou if any of its partners were acquired.

This is what really put an end to the Lord of the Rings MMO, as it meant that the project was essentially brought to an end in its current form. Amazon could have continued developing its Lord of the Rings game, but most likely it would have taken on another developer or would have required very tough negotiations with Leyou, Tencent and Middle-earth Enterprises. Now, of course, Embracer Group has acquired the rights to The Lord of the Rings and may release several more intellectual property-based games in the future.

Although Amazon’s venture to produce The Lord of the Rings games may not have worked, it recently launched its television series based on the works of J.R. R. Tolkien, Rings of Power. While there has been some controversy over how viewers have perceived “Rings of Power,” it seems critics are largely enjoying the show so far, viewing it as a return to the form of epic fantasy that fans of the “Lord of the Rings” films will be familiar with. with.