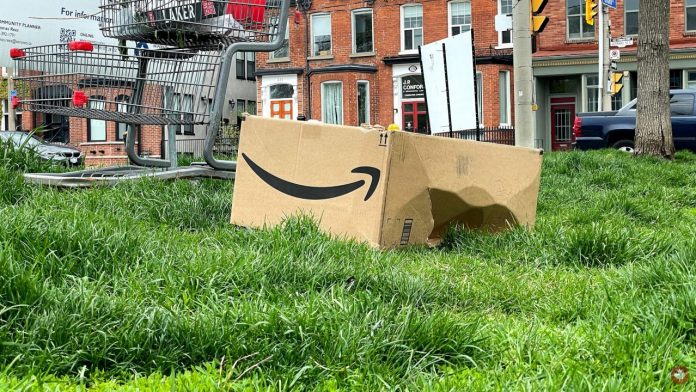 Amazon destroys hundreds of thousands of products every week. So why is Amazon doing this? Images leaked from a warehouse put the company on the target of environmentalists.

Amazon, one of the largest technology companies in the world, is on the agenda with a new news. Moreover, this claim angered environmentalists. According to the news in a press, the company destroys thousands of products every week (millions per year). Leaked footage from a warehouse in the UK and the former employee’s statement revealed the reason for the destruction.

Why does Amazon destroy products?

ITV News, which broadcasts in the UK, interviewed a former warehouse employee of Amazon. He said they destroyed about 130,000 items a week at a warehouse near Glasgow, Scotland. Some of these products are returned items, while others are unsold items.

The employee, who did not reveal his name in the news, said, “There is no logic or reason for what was destroyed. Dyson, Hoovers, the occasional MacBook and iPad are destroyed.” said. Moreover, these images come from only one warehouse center. The surprising waste of the Amazon has angered environmentalists.

In a week in April, more than 124,000 items marked ‘destroyed’ were seen in a document leaked from the Dunfermline warehouse. In contrast, they labeled 28,000 products as ‘donations’ during the same period. The same employee admitted that up to 200,000 products were destroyed in some weeks.

Why is Amazon destroying hundreds of thousands of products? Many sellers choose to host their products in Amazon large warehouses. But the longer the goods go unsold, the more a company charges to store them. It is cheaper to dispose of goods, especially inventories from abroad, than to continue to store inventories. Here is the answer to the question.